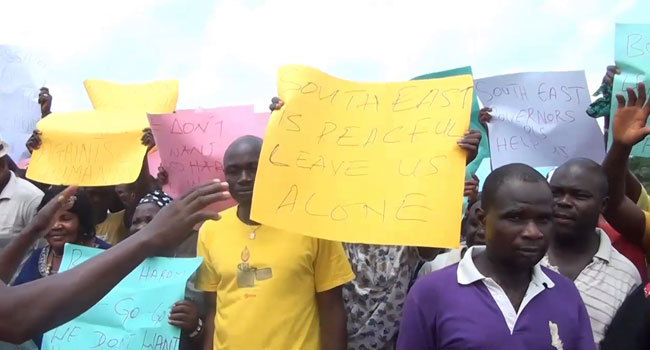 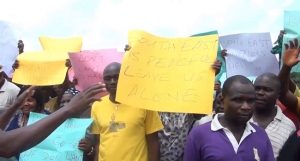 The All Progressive Grand Alliance (APGA) has urged the Federal Government to urgently move the 47 Boko Haram inmates recently relocated to Ekwulobia Minimum Prison in Anambra.

The party’s National Chairman, Dr Victor Ike Oye, asked the government to move the inmates to a more secure facility outside the state or take them back to where they were moved from.

In a statement by a spokesman for the party, Ifeanacho Oguejiofor, Dr Oye also advised the Federal Government to consider the example of the United States of America when it was faced with the same debilitating situation that it built Guantanamo Bay detention facility located in a small island near Cuba, where terror suspects and convicts are detained.

The APGA Chairman wonders why the prison authorities did not consider critically, the complex factors involved in the relocation of the inmates.

“They did not consider the sensibilities of the people and the far-reaching consequences of the movement or was it a case of deliberate design to continue to spite the Igbo who have suffered many years of marginalisation and ill treatment?” he questioned.

He cautioned that the continued stay of the terrorist suspects in Ekwulobia had multifarious and multidimensional consequences that are multifarious and would disconcert the people of the community, the entire Anambra State and also the neighbouring Igbo states that are similarly apprehensive.

He enjoined the Federal Government to be prompt in relocating the terrorist suspects in order not to seem to be sabotaging the good works of the Anambra State government and its effort in creating an air of security and tranquility that had already pervaded the entire state before the relocation of the prisoners.

“The good people of Anambra State and its government do not need this distraction,” he said.

Dr Oye further urged the government to start the construction of modern prisons across the nation and also embark on the provision of jobs for millions of unemployed youth to curtail or curb crimes since accessories to terrorism and other crimes are majorly the youth whose future had been mortgaged by years of misadministration and malfeasance by successive leaderships.