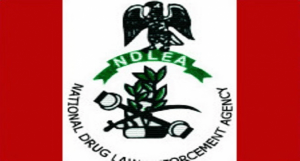 The Kaduna State Command of the National Drug Law Enforcement Agency (NDLEA), has arrested 25 suspected drug addicts and traffickers in different parts of the state.

The agency also recovered hard drugs of different substances from the suspects during various raids conducted at various parts of the state last week.

Parading the suspects in his office on Thursday, the State NDLEA Commandant, Mr Samuel Azike, said they were arrested at the notorious black street in Sabon Tasha, Kawo, Kigo road and constitution road, all within the state capital, following a tip off from members of the public.

He disclosed that illicit substances including cannabis, cocaine, rophenol, tramadol and heroin were seized from the drug traffickers.

While stating that most of the crimes in the state are drug related, the NDLEA Commander vowed that the suspects would be charged to court in order to serve as a deterrent to other addicts and traffickers.

He advised commercial bus and luxurious drivers not to carry illicit drugs for traffickers with their vehicles, warning that any driver caught in such act would be prosecuted in accordance with the law.

Mr Azike also reassured that the command would intensify sensitisation campaign against the use and hawking of illicit drugs to save the public from its harmful effects.

Some of the suspects however denied their involvement in the drug related offence and asked the agency to release them.