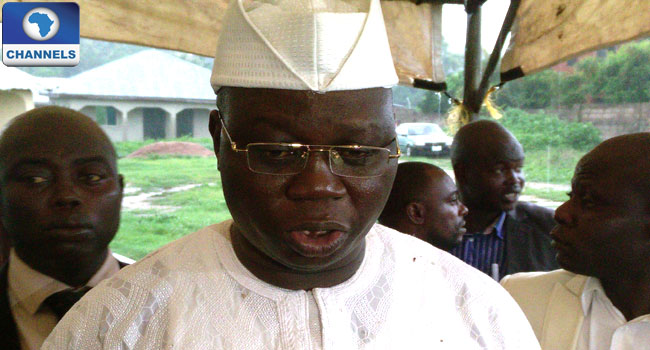 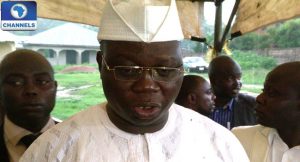 The national coordinator of the Odua People’s Congress (OPC), Mr Gani Adams, has asked the Nigerian government to do more to adequately harness the revenue generation potential of the Osun Osogbo Festival.

Mr made the demand while hosting members of the Oodua People’s Congress at the Laro-Timehin Middle School in Osogbo, Osun State in southwest Nigeria to mark this year’s festival.

The OPC leader, who pointed out that culture was unique and rich wondered why the Osun Festival held on Friday recorded low turnout compared to the previous years.

He also admonished the Yoruba race to make conscious effort in discovering their true sense of value.

Mr Adams said: “I am just coming out from the groove, it is so disappointing that in the last six years, there is no significant development in the groove. How can this attract tourists?

“The government and the people of Osun need to do better to ensure the sustainability of this festival.

“I am surprised that the turnout of worshippers is growing lean every year and in particular the tourists especially the whites are not many here today.

“I believe that we are not getting it right as regards promoting our culture and this is responsible for the low turnout.

“The Yoruba race is also taking culture for granted, take a cue from northerners, they still celebrate Argungu Fishing festival and Durban Festival in spite of their religious beliefs the people troop out in Large number to be part of the celebration.

“We have allowed modernisation to almost erode our culture. We need to rediscover our true sense of value. I commend and acknowledge the efforts of the OPC ‎in promoting culture with the Olokun Festival and other festivals they do,” he stated.

On the poor turnout, he further expressed his displeasure with the way the festival was organised, stressing that the organisers should have provided something to eat or drink to persons present.

“I am not pleased in any way with the organisers of this event for their way of not arranging anything to eat. We don’t celebrate Christmas without eating anything and Ileya too.

“How can we call this a festival when you don’t give the people just a sachet of water?” he questioned.

He also urged the Federal Government to collaborate with the State Government and the people of Osun in creating a platform where the festival would be showcased for the world to embrace.

“Osun is a goddess that has been strong and honourable for ages. Well organised festivals like Osun Osogbo Festival multiply the economy of any country.

“If this festival is properly packaged it can be used to generate wealth for not just Osun State but Nigeria, considering what it will cost all the tourists who are here from all over the country and outside, with their hotel accommodation alone, Osun State economy will receive a boost this past few days.

“Nothing stops major television stations in the country from covering this event live, just as they cover Durban festival in the North,” the OPC leader added.