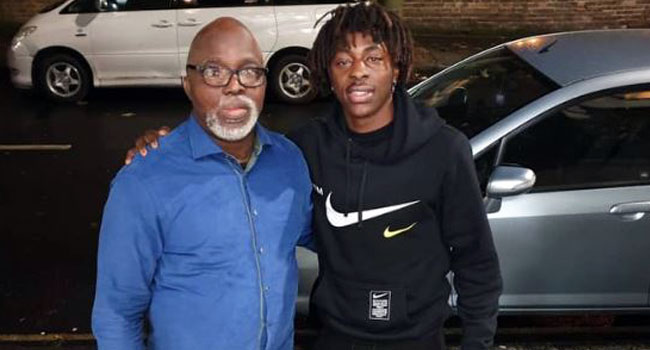 President of the Nigeria Football Federation (NFF) Amaju Pinnick on Saturday, November 23, 2019, met with England born midfielder Ebere Eze to discuss the chances of his playing for the Super Eagles.

Although born in England, Eze is of Nigerian descent and in July 2017 trained with the Super Eagles.

Since then, however, he has played for the England U20 and U21s but yet to make a senior appearance for any side which has left his international future open.

The NFF President was at the Fulham v QPR Championship game of Friday to watch Nigeria-eligible Ebere Eze in action. The President who maintains a keen interest in the player had also met with his father previously trying to get a decision on his international career.

During discussions, the player was informed of the President’s desire, which echoes that of many Nigerians to see Ebere Eze switch allegiance and start playing his international football for Nigeria.

The NFF says talks are ongoing but the player has requested the chance to continue to focus on his club career which is going well so far, and that further progress will be made in due course.