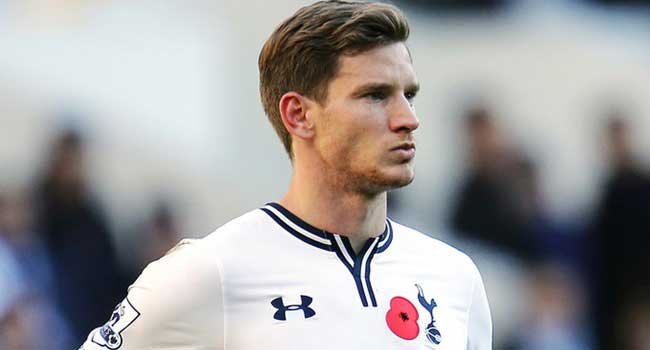 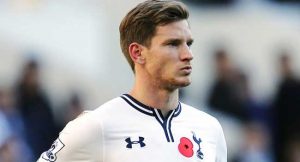 Tottenham Manager, Mauricio Pochettino, says Jan Vertonghen will to be out of game for six weeks after sustaining an ankle ligament injury.

The Argentine coach made the disclosure at a press briefing on Thursday.

The 29-year-old Belgian twisted his left ankle during the second half of Saturday’s 4-0 win over West Brom.

Pochettino said: “When your mind is positive it’s easier to recover, he (Vertonghen) doesn’t require surgery.

“We have players that can perform in his place and we are very happy with the squad and the players we have”.

Vertonghen has appeared in 20 out of 21 Premier League matches for the Spurs in the ongoing season.

He is part of a defence that has conceded just 14 goals, one which analysts described as “the best record in the league”. 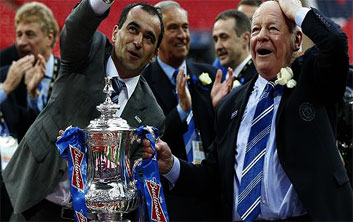 Wigan Athletic has pulled off one of the greatest FA Cup final upset in the history of the competition when a 90th minute header from substitute Ben Watson gave them a 1-0 win over highly-fancied Manchester City at Wembley Stadium on this evening.

Wigan, still threatened with relegation from the Premier League, played the better football throughout and deserved to win the match in what was their first FA Cup final in their 81-year history.

The Latics’ win was the biggest upset since Wimbledon beat Liverpool in the 1988 final and represented a personal triumph for their chairman Dave Whelan who broke his leg playing for Blackburn Rovers in the 1960 FA Cup final.

City, FA Cup winners in 2011 and Premier League champions last season, were the overwhelming favourites to win the famous trophy for the sixth time but were largely outplayed against the underdogs who put their erratic league form behind them.

Roberto Mancini’s team had their best chance in the 29th minute when Carlos Tevez had a shot from 10 metres which was well saved by Wigan goalkeeper Joel Robles. The Spaniard stuck out a leg to block what seemed a certain goal-bound strike from Tevez and it was just one of a string of saves he made.

Instead of using their width, City attempted to build attacks though the middle and made little progress against Wigan’s back three of Paul Scharner, Antolin Alcaraz and Emmerson Boyce blocking their progress.

Instead, Wigan played the ball wide with the excellent Callum McManaman on the right and Roger Espinoza on the left creating space and opportunities.

Wigan nearly took the lead in the 76th minute when Shaun Maloney’s free kick rebounded off the crossbar and they caused more trouble eight minutes later when a bursting run from the ever-dangerous Callum McManaman forced City defender Pablo Zabaleta into a foul and the Argentine was sent off for a second yellow card.

Wigan won it when Watson, who had only been on the field for nine minutes and had broken his leg earlier this season, powered an unstoppable header past keeper Joe Hart from a Maloney corner.

Roberto Martinez’s team now face two Premier League matches to save themselves from relegation, but will become the first team to win the FA Cup and go down in the same season if they fail to stay up.

Even if they had lost Wigan knew they would play in the Europa League next season because City had already clinched a Champions League spot. But this Cup win could now galvanise them to extend their Premier League status for a ninth season.