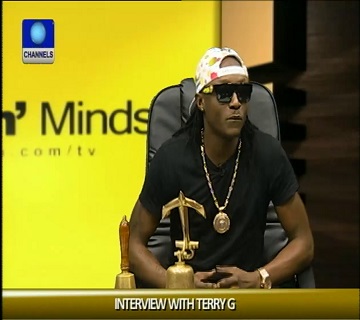 Ace music producer and musician, Terry G on Sunday said he likes courting controversy to keep him relevant in the new and conventional media.

Displaying two controversial school bells on Rubbin Minds, the Apako master said “controversy sells” and highlighted the fact that he is an “industry where most people form or act up this controversy of a thing.

He however noted that due to man’s nature to make mistakes, his controversial moments are as a result of his mistakes and “brings me loud to people’s mouths too, because apart fro your music, you should be in people’s tongues; every week you should be in the papers” whether for the bad or good reason.

Terry G who reiterated the fact that he is “an entertainer and the craziest musician in the country”, urged people not to “get it twisted” as they will find out “over time that this is is an act”.

Terry G also buys into the saying that change is constant,said he continues to be relevant in the music industry because he follows the market urging Nigerians not to be surprised if he comes up with slow and ‘uncrazy’ songs in the future like his newly released Sexy Lady. 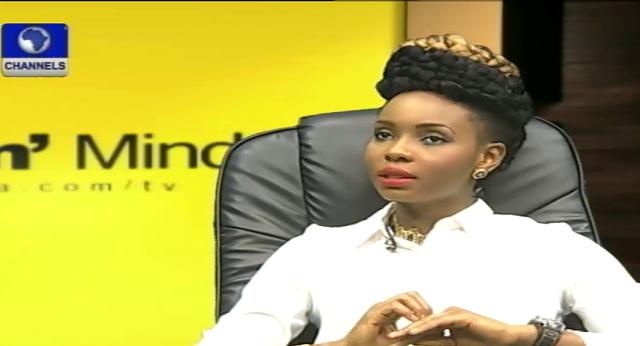 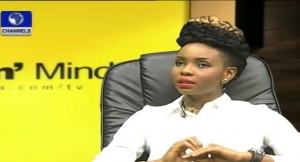 Nigerian pop music sensation, Yemi Alade, believes that the success of her hit single, ‘Johnny’ should not be traced to having done anything special asides pouring out her heart in the song.

Appearing as Ebuka’s guest on Rubbin’ Minds on Channels Television, she recalled the fact that since her debut, all the songs she had released have never been the same style, and Johnny was just another one of such tracks off her nature as a “music chameleon”.

In a religious tone, she aligned with her pastor, “do not for once think that it’s the work that you’re putting in that is making you as big as you are; it’s God’s gift.

“God chooses the time he wants to visit and I think God just decided to visit me as at the time I was releasing Johnny”, she said.

She said that the song was a product of her personal experience in the hands of a particular Johnny whose list of girls was longer than what the song could accommodate.

Ebuka, as usual, would not let Yemi off without a question about her relationship with men, but Miss Alade begged to keep her personal life out of the media. Attempts to make her open up were smartly beaten by her and on her relationship with actor, Alex Ekubo, she said, “Alex played the role of Johnny in my video; he’s an outstanding young guy and we are cool.”

Her response to stories making the rounds that she and Alex Ekubo attended the Africa Magic Viewers’ Choice Awards together as a couple in order to start a rumour to push their careers; “This is the first time I’m hearing that but we are friends and we just decided why don’t we go out together and we went out together. It’s no biggie.”

Yemi also shared her views about the Nigerian entertainment industry and the criticism that there were no genres anymore with everybody sounding alike. She admitted that indeed Nigerian artistes were beginning to sound the same way but this might just mean that Nigerian music was beginning to have its own sound and identity.

The pretty songstress referred to her music as Afropolitan, coined by her to describe the variation of the popular Afropop, Afro-hiphop, and other names by which Nigerian music has been described; all of which she said were inspired by the global recognition Fela’s Afrobeat got.

While saying that the success of the hit song ‘Johnny’ gives her the confidence that it is her turn, she referred to Waje and Tiwa Savage as those whose music have remained original and have been sources of inspiration to her, despite the seemingly shallow trend in the music industry.

Yemi promised to continue the story of that real Johnny in another song. 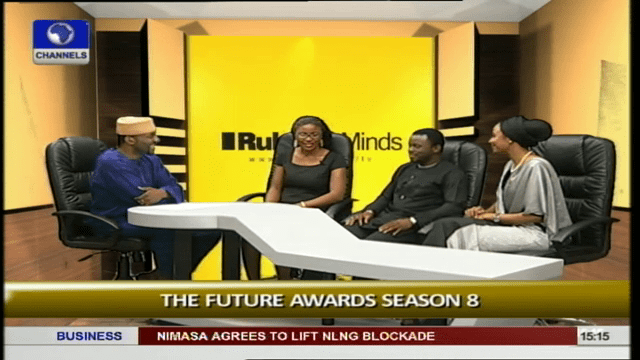 A N1.5million corpers lodge built by a serving youth corp member, an online platform to allow Africans use international schools curriculum and an NGO providing succour to under-privileged children in northern Nigeria are some of the inspiring tales of young Nigerians nominated for this year’s Future Africa Award.
They share their story with Rubbin Minds host, Ebuka Obi-Uchedu.