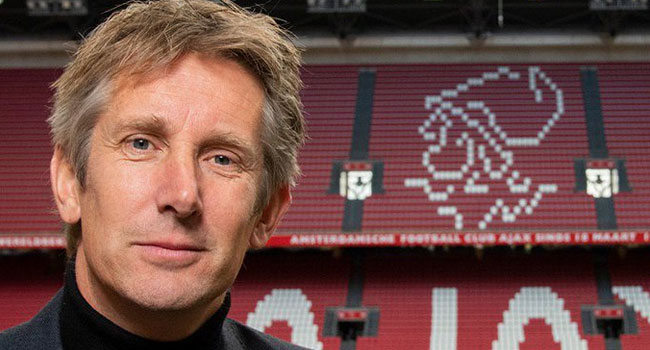 The 49-year-old has been in charge at the Johan Cruyff Arena since 2016, helping the club win last season’s Dutch league title and reach the Champions League semi-finals.

“Very happy with my contract extension at this beautiful club,” he wrote on Twitter.

“We’ve had some difficult moments, but the good times are definitely back. And of course, we want more in the future.”

He went on to lift the European Cup again in 2008 with Manchester United after spells at Juventus and Fulham.

Van der Sar returned to Ajax in 2012 as director of marketing before being promoted four years later to CEO.

He is also the second-highest capped Netherlands player of all-time with 130 international appearances.