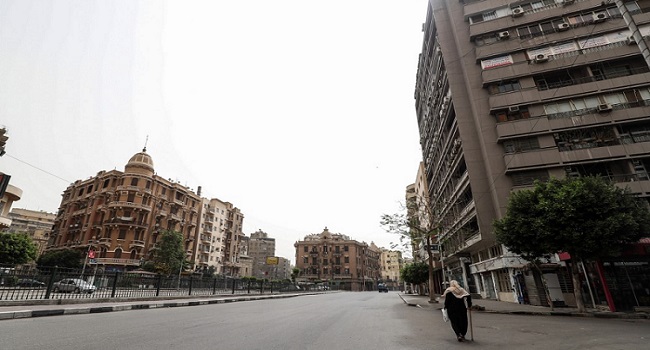 “There will be no New Year’s celebrations or gatherings as part of the precautionary measures taken to confront the coronavirus,” the premier said in a statement released after a cabinet meeting.

Egypt’s daily novel coronavirus caseload has been increasing steadily in recent weeks, and the Arab world’s most populous country has officially recorded more than 127,000 cases, including over 7,100 deaths.

While the official recovery rate remains high, limited testing of the general population has stoked fears that cases are going undetected.

On Monday, Mohammed al-Nady, a member of Egypt’s national coronavirus crisis committee, told prominent talk show host Lamees al-Hadidi that “infections, in reality, are at least 10 times higher than what is officially announced, and that’s being kind”.

Health and Population Minister Hala Zayed told Wednesday’s cabinet meeting that 364 hospitals nationwide, with a capacity of 5,000 “care beds” and equipped with 2,400 respirators, would be ready to receive critically ill Covid-19 patients when needed, according to the statement. 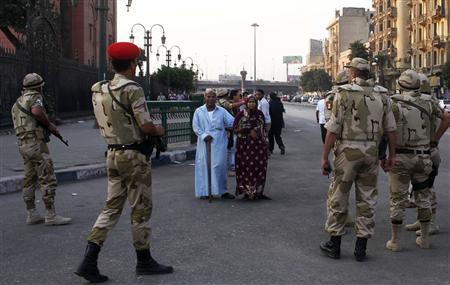 At least 95 Egyptians were killed on Wednesday after security forces moved in on protesters demanding the reinstatement of President Mohamed Mursi, and the government imposed a state of emergency as unrest swept the most populous Arab nation.

Troops opened fire on demonstrators in violence that brought chaos to areas of the capital and looked certain to further polarize Egypt’s 84 million people between those who backed Mursi and the millions who opposed his brief rule.

The state of emergency, starting at 10 a.m. ET on Wednesday, was to last a month.

In the streets around the Rabaa al-Adawiya mosque in northeast Cairo, where thousands of Mursi supporters have staged a sit-in for the last six weeks, riot police wearing gas masks crouched behind armored vehicles, tear gas hung in the air and burning tires sent plumes of black smoke into the sky.

At a hospital morgue nearby, a Reuters reporter counted 29 bodies, including that of a 12-year-old boy. Most had died of gunshot wounds to the head. A nurse at the same hospital had said she counted 60 bodies, and expected the number to rise.

The unrest spread beyond the capital, with the cities of Minya and Assiut, and Alexandria on the northern coast, also affected. Seventeen people were killed in the province of Fayoum south of Cairo. Five more died in Suez.

Mohamed El-Beltagi, a leader of Mursi’s Muslim Brotherhood movement that led the protests, warned of wider conflict and singled out the head of the armed forces who deposed Mursi on July 3 following mass protests that called for his resignation.

Nine hours after the start of the operation, crowds of protesters were still blocking roads, chanting and waving flags as security forces sought to prevent them from regrouping.

“At 7 a.m. they came. Helicopters from the top and bulldozers from below. They smashed through our walls. Police and soldiers, they fired tear gas at children,” said teacher Saleh Abdulaziz, 39, clutching a bleeding wound on his head.

“They continued to fire at protesters even when we begged them to stop.”

The West, notably the United States which gives the Egyptian military $1.3 billion each year, has been alarmed by the recent violence in the strategic Arab ally that has a peace treaty with Israel and controls the vital Suez Canal waterway.