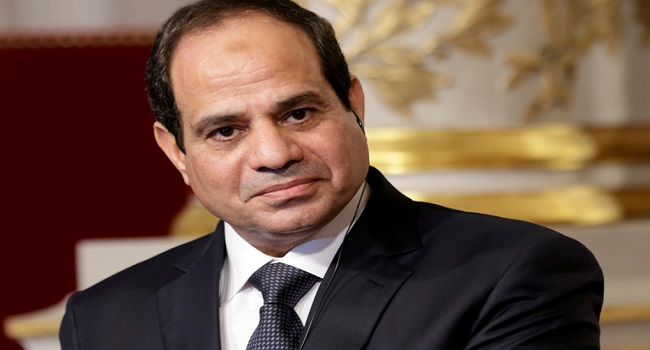 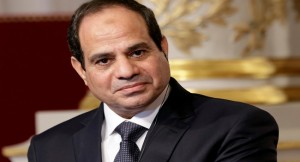 Ahead of planned anti-government protests, Egypt’s President has urged citizens to defend the state and its institutions.

In a televised speech, President Abdul Fattah Al-Sisi said that attempts to destabilise Egypt would not succeed if the country stands united.

Security has also been heightened all over the country, with officials warning they would deal firmly with protesters.

Mr Sisi, however, defended his decision, saying the islands of Sanafir and Tiran have always belonged to Saudi Arabia.

Secular and leftist activists called for the demonstrations on Monday in defiance of an anti-protest law that bans unauthorised gatherings. 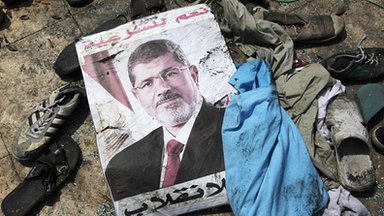 The Egyptian capital, Cairo is poised for renewed protests by supporters of ousted President Mohammed Mursi. They are expected to take place two days after authorities broke up Muslim Brotherhood protest camps in Cairo with the loss of at least 638 lives.

Mr Morsi’s supporters plan to converge on central Ramses Square from city mosques after Friday prayers. A state of emergency is in force and police have been authorised to use live ammunition in self-defence.

The Muslim Brotherhood called on its supporters to gather in mosques for Friday prayers and then take to the streets of Cairo in a “march of anger”.The group’s leaders say they will hold marches under the slogan “the people want to topple the coup”.

Security in the capital is tight, with many armoured personnel carriers on the streets. Members of groups opposed to Mr Morsi – the National Salvation Front and Tamarod – are reported to have called for counter-demonstrations in response.

Egypt’s Coptic Christian community has been targeted by some Islamists who accuse the Church of backing the army’s overthrow of Mr Morsi last month.

The Egyptian Initiative for Personal Rights, an NGO, says 25 churches, along with private homes and businesses belonging to Copts and other Christian denominations, were attacked on Wednesday and Thursday.

Alexandria, a Muslim Brotherhood stronghold, appears largely quiet. The authorities in Egypt’s second city have cleared piles of sandbags, barricades and a tent camp set up by Mr Morsi’s followers and sympathizers in the past few weeks outside the main pro-Morsi rallying point, Al-Qaed Ibrahim Mosque.

Many shops and malls remain closed despite the end of the nightly 12-hour curfew imposed here and in 13 more cities. At night, the city’s streets look virtually empty as the authorities have further applied emergency laws and authorised the use of live ammunition if vital security and military posts come under attack.

Unlike other curfews in the past two and a half years, there is no defiance from the general public. However, vigilante groups have been formed in several neighbourhoods to protect private property including houses and cars.

The city has been at the heart of the political turmoil gripping the country since the removal of President Hosni Mubarak in 2011.

There are fears of renewed bloodshed after authorities said the police were authorised to use live ammunition to protect themselves and key state institutions from attack.

Reports say there were renewed attacks on security forces on Thursday, with at least seven soldiers and a policeman killed in the Sinai peninsula and another police officer killed in the central city of Assuit.

US Republican Senator John McCain said Newsnight that the ousting of President Morsi was a “coup” and President Obama should have cut off aid to Egypt as a result.