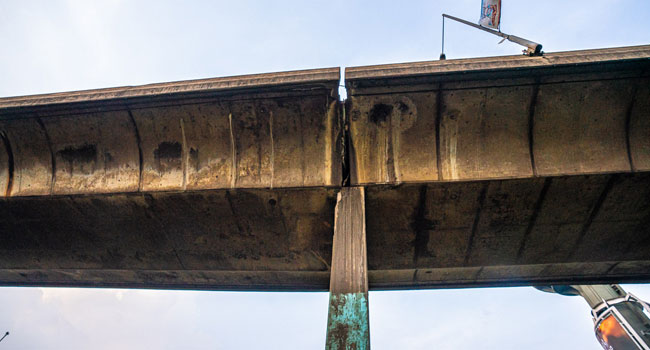 The Federal Government has closed a section of Eko Bridge, one of the three bridges connecting Lagos Island to the mainland in Lagos State.

The Federal Controller of Works in Lagos, Mr Adedamola Kuti, who confirmed this explained that the closure was to enable rehabilitation works on worn-out bearings noticed between Alaka and Costain portion inwards Apongbon.

In other to reduce the effect on motorists, the Lagos State Government on Wednesday announced alternative routes in a statement by the Special Adviser to the Governor on Works and Infrastructure, Aramide Adeyoye.

Adeyoye noted that an inter-ministerial technical team comprising officials from the Federal and State Ministries of Works and Infrastructure had appraised the failed section of the bridge.

Other officials on the team were those from the Ministry of Transportation, the Federal Road Safety Corps (FRSC), and the Lagos State Traffic Management Authority (LASTMA).

The governor’s aide said it became necessary to close a section of the bridge to prevent endangering the lives of commuters using the bridge, pending the commencement of repairs.

She stated that despite the inconvenience that may arise from the closure, the government resorted to immediate closure to prevent a situation that could lead to loss of lives if the worn-out section of the bridge gives way.

Adeyoye, therefore, advised motorists to use alternative routes announced by the state government for those heading to Lagos Island from Funsho Williams Avenue through Iponri to Costain and connecting Eko Bridge through the National Theatre entry point.

“Motorists can also pass from Bode Thomas to Eric Moore Road and connect Abebe Village (Nigerian Breweries) to Costain and link their destination through National Theatre to Eko Bridge”, the travel advisory stated.

Motorists from Ojuelegba were also advised to ply Tejuoso through to Yaba, Murtala Mohammed Way to Oyingbo -Iddo -Otto to Idumota Bridge, or Carter Bridge and connect their destination.

“Commuters from Agege Motor Road or Ikorodu Road should drive through Jibowu to connect Herbert Macaulay Way to Adekunle and Third Mainland Bridge towards Lagos Island or other destinations”, the statement added.

Adeyoye appealed to all road users for the abrupt notice but explained that the decision was inevitable to prevent a situation that could compromise the integrity of the bridge and lead to loss of lives and property. 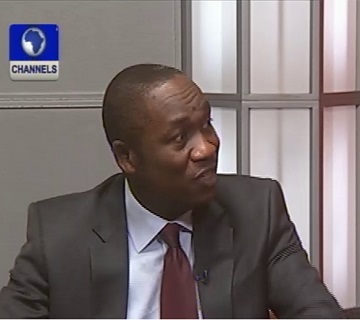 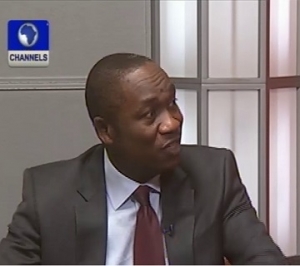 The Lagos State Commissioner for Works, Mr Femi Hamzat on Monday said the Federal Government is indebted to the Lagos State Government to the tune of N51 billion meant for road construction.

“We submitted a bid of 59 billion Naira based on all the roads that we have done and they came back and said 51 billion Naira but till today they (FG) have not paid a dime.

“Now that is what is affecting the building of our own inner roads”, he said on Sunrise Daily.

He noted that the Federal Government had set up a committee of engineers and auditor, three years ago that went round to the state to ascertain the level of road construction carried out by the state government on federal roads.

He, however, maintained that the state government embarked on repairing the federal roads because it would affect movements.

“If you don’t do them, people will not move around the state into the inner roads.

“Right now, we are fixing the expansion joints on Eko Bridge. That bridge could collapse if we don’t maintain it. It is costing us about 500 million Naira. So are we going to fold our arms because the federal government is not doing it.

Mr Hamzat, who revealed that the Lagos State government was studying the Apapa Bridge, said: “We can’t do it all at the same time because that will lead to congestion.

He further noted that the Lagos State Government carried out a survey to find out the durability of all bridges in the state “and submitted the report to the Federal Ministry of Works and nothing is being done”.

“So 41 per cent is distributed between the 36 states and the 774 local government areas.

“You can see that the majority of the resources goes to the Federal Government, so when they now say they don’t have the resource, it is amazing,” he said.

He said, according to global practices, “the ports take care of 10 to 15 kilometres radius of the port”, adding that the “Nigerian Ports Authority made 1.3 trillion Naira, but the Federal Government  can’t  fix the roads (Apapa-Oshodi Expressway)”.

“Eighty per cent of the containers that come into this country come through that road. It is a miracle that our roads are in that state in Apapa,” he said. 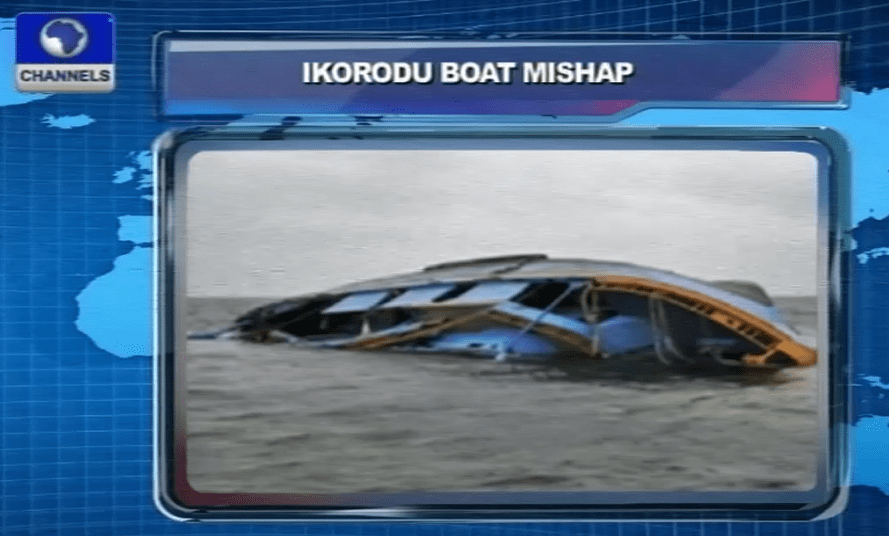 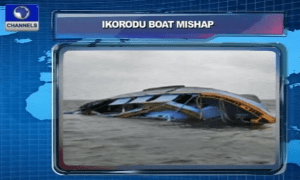