The All Progressives Congress (APC) in Kwara State has accused the Peoples Democratic Party (PDP) of planning to unleash terror in the state.

Addressing reporters on Monday, the APC said the PDP was ‘fanning embers of crisis’ in the state, after it set up a War Committee.

The claims by the APC is the latest in the recent war of words between both parties in the state.

The Chairman of the APC, Balogun Fulani Ishola, told reporters that the  leadership of the PDP in the state had set up a 21-Man War Committee to unleash terror in the state.

Mr Balogun said that with the setting up of the committee, the PDP had declared war. According to him, the state has been witnessing political crisis since the committee was established.

However, in response to the APC’s claims, the state Chairman of the PDP, Iyiola Oyedepo, denied the accusation.

Mr Oyedepo said that the usage of the War Committee was symbolic to enable the party monitor the activities of another strategic committee set up for the elections and to make them see the importance of the task ahead. 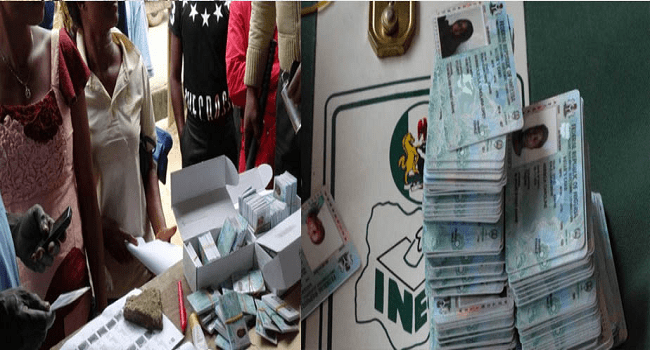 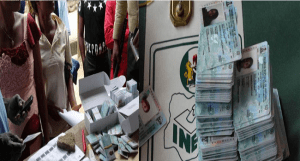 The Resident Electoral Commissioner (REC) in Kogi state, Hussain Pai has said that the Commission has recorded about 71 percent PVC distribution rate in the state, noting that before the deadline date they would have achieved over 80 percent distribution.

He made this known during an interview with Channels TV’s correspondent in Lokoja, following the presentation of books containing electoral processes designed in a braille to the Joint Association of Persons Living with Disability.

The REC assured the group, during a courtesy visit, that those living with disabilities, especially visually impaired persons, will be given adequate care during the forthcoming general elections.

The executive members of the group led by Solomon Ojonugba had paid a courtesy visit to the INEC Resident Electoral Commissioner to state their concerns as well as know what preparations were being put in place for them.

Mr Pai who said there visit to his office was timely, disclosed that the commission had already made a provision for those living with disability ahead of the election.

In his speech, he said INEC was working to ensure that electioneering process is improved upon so as to carry all stakeholders along.

While assuring the members of credible elections, he noted that the commission would ensure that the disabled are not disadvantaged as the books will also be distributed at local and ward levels throughout the state.

While presenting them with the braille books containing procedures of election, he noted that the books were designed for those who can not see so as to be educated on the electoral process ahead of the election.