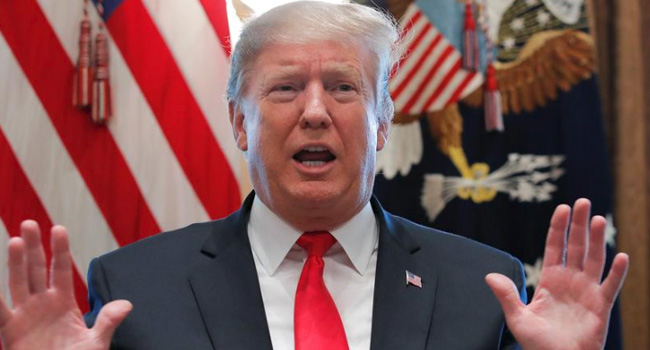 US President Donald Trump lashed out Thursday at Democrats for investigating his dealings with Russia, saying his opponents are “going nuts.”

“PRESIDENTIAL HARASSMENT! It should never be allowed to happen again!” Trump tweeted.

He said that an expansion of the probe by the intelligence committee in the Democrat-led House of Representatives was unprecedented.

Adam Schiff, the congressman heading the committee, said it will look into suspicions of collusion between Trump and Russia and also broader allegations of financial wrongdoing in Trump’s inner circle.

The powerful committee will be working in parallel with an already well-advanced probe by special prosecutor Robert Mueller into alleged links between Trump and Russian agents during his 2016 election campaign.

“Congressman Adam Schiff announces, after having found zero Russian Collusion, that he is going to be looking at every aspect of my life, both financial and personal, even though there is no reason to be doing so. Never happened before!” Trump tweeted.

Trump has repeatedly declared his innocence, claiming that the growing investigations, which also include probes by federal prosecutors in New York, are politically motivated.

However, Mueller alone has already brought charges leading to indictments of six people with ties to Trump in the Russia collusion probe.

And critics say the secrecy around the financial workings of Trump’s real estate empire and his years of interest in doing business in President Vladimir Putin’s Russia make a troubling backdrop that requires deeper probing. 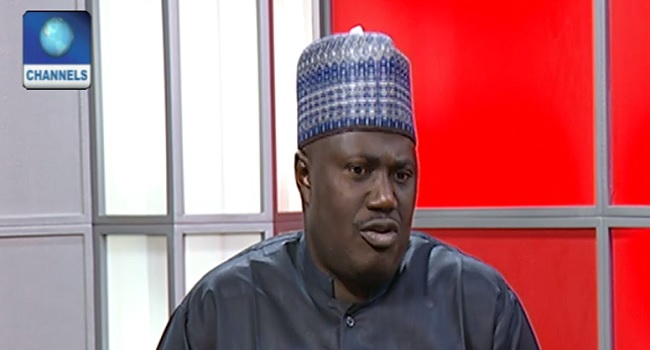 Maina was declared wanted by Economic and Financial Crimes Commission (EFCC) for an alleged N2bn pension’s biometric fraud in November 2015, a 24-count bothering on procurement fraud and obtaining money under false pretence.

He reportedly disappeared from public glare only to resurface in October 2017, to take charge as an Acting Director in the Ministry of Interior with his return sparking reactions and outrage.

“I think it is important for Nigerians to have answers to what exactly happened leading to this embarrassment, which if people say is a national embarrassment, I think they are correct, the Senator said, while appearing on Channels Television’s Sunrise Daily on Friday.

He added, “here is somebody who has been declared wanted and suddenly coming back, not just coming back but coming back to even assume duty at a higher level than he left it. So I think there is quite a lot to ask and that brings me to one very interesting point.

“The fact that the civil service is the key pillar for which governance is anchored and any government that desires to achieve whatever goals and objectives it set for itself, must have a very virile and performing public or civil service.”

Also speaking on the allegation his colleague, Misau levelled against the Inspector-General of Police, Mr Ibrahim Idris, the Senate spokesman added, “The Senate was surprised and I think that explains why that motion by Senator Misau, which he raised on issues of urgent public importance was allowed.

“By our procedures, when you see that kind of thing, it shows there is a consensus of the entire Senate for it to allow that issue to be brought in using Orders 42 and 52 which allow you to come up with such kind of issue.

“I think the issue has been referred to committees so that they will look at everything surrounding what happened.”