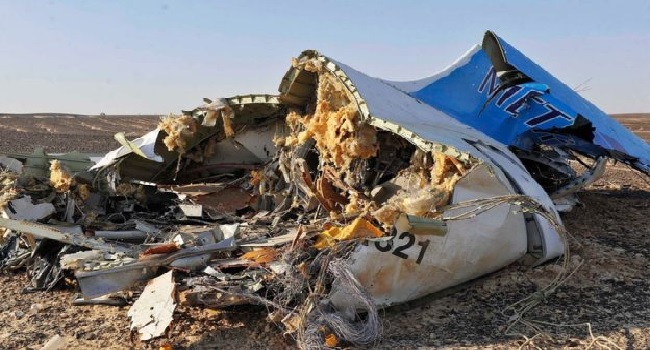 Egypt’s Prime Minister has dismissed claims by the Islamic State (ISIS), that it is responsible for the crash of a Russian passenger plane in Sinai, saying a technical fault was most likely the cause.

An investigation has commenced into the cause of the crash in which all 224 people on board were killed.

Despite the Egyptian authority’s assurances, three airlines; Emirates, Air France and Lufthansa have decided not to fly over the Sinai Peninsula until more information is available.

Meanwhile, Russia is observing a day of mourning, following its worst aviation disaster.

Officials, however, said that the plane’s black boxes had been found and sent for analysis.

Egypt’s Civil Aviation Minister, Hossam Kamal, said that there had been no sign of any problems on board the flight, contradicting earlier reports that the pilot had asked to make an emergency landing.

An Egyptian official had previously said that before the plane lost contact with air traffic controllers, the pilot had said the aircraft was experiencing technical problems and he intended to try to land at the nearest airport.

Egypt’s Civilian Aviation Ministry said the plane had been at an altitude of 9,450m (31,000ft) when it disappeared.

Security experts, nonetheless, said that a plane flying at that altitude would be beyond the range of a shoulder-launched surface-to-air missile (Manpad), which Sinai militants are known to possess.

However, German carrier, Lufthansa, said that  it would avoid flying over the Sinai Peninsula “as long as the cause for Saturday’s crash has not been clarified”.

On Saturday evening, Air France-KLM and Emirates said they were following suit.

British Airways and EasyJet said their routes were regularly reviewed, but that they had no plans to alter their routes to and from Sharm el-Sheikh.

The plane was carrying 217 passengers, including 25 children, Russian transport authorities said. There were seven crew members on board.

Egyptian officials had said 213 of the passengers were Russian and four were Ukrainian, but Russian officials said at least one of the victims was from Belarus.

The bodies of 163 victims have so far been recovered and taken to Cairo.

The Kogalymavia airbus-321 crashed early on Saturday shortly after leaving the resort of Sharm el-Sheikh for the Russian city of St. Petersburg. 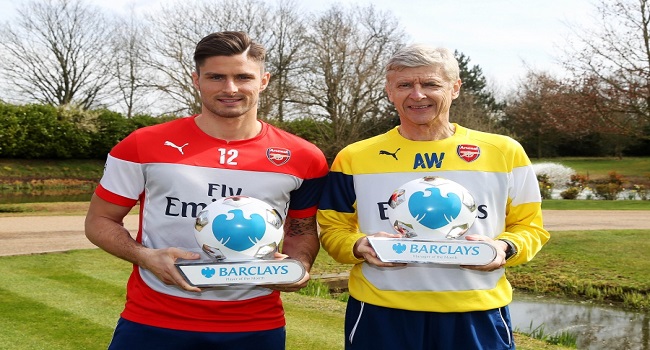 Arsenal Manager, Arsene Wenger, has been named Barclays Manager of the Month alongside the Gunners’ striker, Olivier Giroud, who clinched the Player of the Month Award.

The French international Giroud scored five times, with a brace at Newcastle adding to goals against Everton, QPR and West Ham in the English Premier League.

The Arsenal boss had earlier won the award 13 times, while this will make it the 14th time of winning the same award in 19 years at Arsenal.

The Gunners are third in the Premier League table with eight matches remaining.

They are seven points behind Chelsea, who is leading with a game in hand and Manchester City who is just a point ahead.

Arsenal’s remaining games also include a home match against Chelsea on April 26 and a trip to fourth-placed Manchester United on May 17.

Fifth-placed Liverpool travel to the Emirates on Saturday.

Although, based on current form, the Gunners seem likely winners against Liverpool on Saturday, Arsene Wenger is not taking chances especially as the international break could have affected the momentum. He just wants to keep on winning!

“It’s a big game and an opportunity for us to continue our run, which is what we want to do,” Wenger said. “We are on a strong run and we just want to focus on winning our games, winning the next one. Liverpool is a big opponent but we play at the Emirates and we want to do it.

“You know after the international break it’s always important that you come back and straight away you are on it.”

Liverpool Manager, Brendan Rodgers, is also confident he can get a result at the Emirates after a disappointing home loss to Manchester United.

“It’s a game we will want to get something from,” he said.

“In terms of the objectives going into the game, it’s no different to what it was before Manchester United. But of course we had a disappointing result and performance last time out.

“We really want to make sure we perform and give ourselves a chance to get a positive result.” 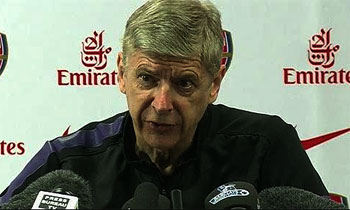 Arsenal coach Arsene Wenger has once again said he will be honouring his contract with the Gunners.

This he said during a news conference while reacting to a speculation that the 63 year old Frenchman is in a contract romance with Paris Saint Germain (PSG) that he is likely to leave the English club saying he had no intention of leaving Arsenal.

“I answered that question already, no, I respect my contracts,” he said.

Arsenal’s move from Highbury to the larger Emirates Stadium while maintaining a place in the Champions League against clubs with huge transfer budgets has proved challenging but Wenger believes the club are now in a much healthier position for the future.

“We have gone through a period that was very sensitive, the club is coming out of it now in a much stronger position financially and I believe that the club is in a very strong position for the future. For the rest my own person is less important, what is more important is the future of this club,” he said.

With Manchester United already crowned champions and Manchester City seemingly assured of second place Arsenal are vying with Chelsea, Tottenham Hotspur and Everton for a place in the Champions League.

Chelsea are third in the final automatic Champions League spot with 65 points, one ahead of Arsenal who have one game less to play and three ahead of Spurs, who have the toughest run-in on paper as they visit Stamford Bridge on Wednesday in what could prove a decisive fixture.

Fourth is worth a Champions League playoff spot.

Wenger believes that the Gunners must maintain their focus to continue their good recent form.

“The most important thing is just not to lift your head, just focus on your job and continue our strong run. We have built up a strong run, put a strong run together and we want to use this belief in a very positive way,” he said.

Wenger pointed to Arsenal’s performance in the Champions League against Bayern Munich as a pivotal moment, after losing 3-1 at home they won 2-0 in Munich to lose out on the away goals rule.

“We’ve had to rebuild the team in the last two seasons, we lost some massive players and we have moved forward, for me, in the second part of the season considerably,” he said.

“We have gone out against Bayern Munich on away goal and they just thrashed Barcelona by seven goals so I have to consider that we have moved forward.”

Arsenal face a trip to already relegated Queens Park Rangers on Saturday as they chase a 16th consecutive appearance in the Champions League.

“We go game by game and every game gives you a different proposal that you have to sort out. We are highly focused on tomorrow’s game and on our performance and everybody’s really focused and wants to do well in tomorrow’s game, that’s what we of course want to achieve,” said Wenger.