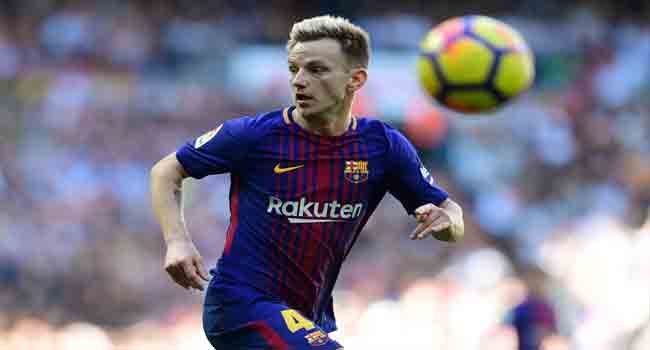 Croatia midfielder Ivan Rakitic has returned to Barcelona with a hamstring strain and will miss the Nations League match against England on Sunday, the club said.

Rakitic suffered the injury in the World Cup finalists’ 3-2 win against Spain on Thursday.

Barcelona said he had suffered “a strained hamstring in his right leg”.

The club gave no timescale for his recovery but Spanish press reports said he could be out for up to three weeks which could mean he misses the Liga clash with Atletico Madrid on November 24 and a Champions League match against PSV Eindhoven four days later.

A win for Croatia over the side they beat to reach the World Cup final would take Zlatko Dalic’s men to the semi-finals of the Nations League and send England down to League B.

If England win, they will win the group and progress to the finals of the new competition — which offers the chance of qualification for Euro 2020 — and relegate Croatia.

A draw would hand Spain first place in the group. If its goalless, Croatia would be relegated but a score draw would leave England in last place.