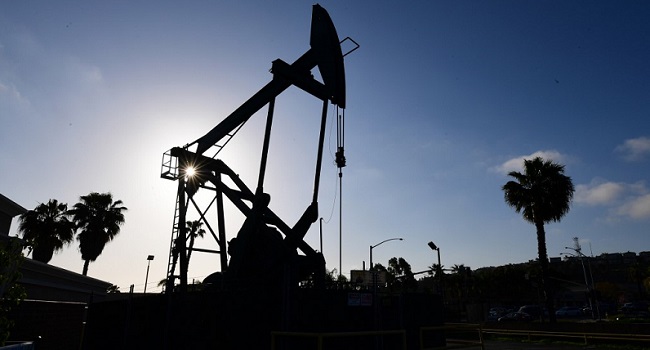 After heavy falls at the open, European stocks edged into positive territory, as the Kremlin said it remained open to all diplomatic contact over Ukraine.

At around 1115 GMT, it pulled back to just below $98, still a gain of around 2.5 percent compared with late Monday.

“The intensifying crisis between Russia and Ukraine has raised concerns about the supply disruptions that would ensue as sanctions look set to cripple Russia, the world’s second largest oil exporter and the world’s top natural gas producer,” noted Victoria Scholar, head of investment at Interactive Investor.

German Chancellor Olaf Scholz said he was suspending the Nord Stream 2 pipeline project with Russia in response to Moscow’s recognition of breakaway regions Donetsk and Lugansk.

Ukrainian President Volodymyr Zelensky had demanded an immediate halt to the project, set to pipe Russian natural gas to Germany via the Baltic Sea.

Zelensky said Russia must be punished for its recognition Monday of Ukraine’s two separatist-held regions with “immediate sanctions” that include “the complete stop of Nord Stream 2”.

It comes as the United States, Britain and the European Union prepared to launch economic sanctions on Russia.

“Our response will be in the form of sanctions, whose extent the ministers will decide,” EU foreign policy chief Josep Borrell said.

Russian troops were believed to be deploying into Donetsk and Lugansk in eastern Ukraine, after Russian President Vladimir Putin issued decrees ordering his army to assume “peacekeeping” functions in the separatist territories.

The jump in oil prices is compounding worries about inflation around the world, with the US Federal Reserve coming under intense pressure to tighten monetary policy to prevent prices running out of control.

That has in turn battered equity markets in recent months, and the latest developments out of Europe led to another day of hefty selling on Tuesday.

The ruble though recovered after sharp losses against the dollar.

Haven investment gold climbed past $1,900 an ounce before pulling back.

Away from the Ukraine crisis, German auto giant Volkswagen on Tuesday said it was drawing up plans to list its luxury brand Porsche as it looks to raise the funds for its move to electric vehicles.

In London, HSBC bank announced bumper 2021 profits and plans to repurchase shares worth up to $1 billion as the Asia-focused bank continues its recovery from the coronavirus pandemic and major restructuring. 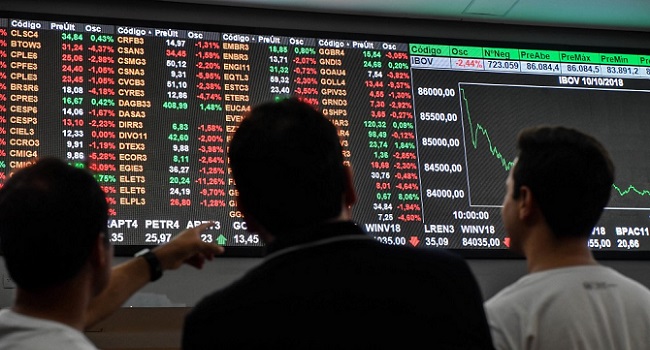 Investors were sent running after Putin recognised the independence of two rebel-held areas of Donetsk and Lugansk and sent in “peacekeeping” forces.

The move came hours after the Kremlin appeared to pour cold water on a potential summit with US President Joe Biden and led to condemnation from world leaders and warnings Moscow would be hit with a series of sanctions.

The White House said Biden would issue an executive order to “prohibit new investment, trade, and financing by US persons to, from, or in” the two rebel regions.

A French presidential official said the European Union was preparing a list of Russian entities and individuals to sanction in a “proportionate” response to the recognition.

The European Union said it would adopt sanctions later Tuesday.

The prospect of war and strict sanctions sparked concerns about the impact on supplies of a range of commodities from the region, including oil, wheat and nickel.

Crude — already up more than 25 percent this year on surging demand — piled higher still on Tuesday, with Brent closing in on the $100 mark for the first time since 2014.

Hopes of an Iran nuclear deal, which could see Tehran resume global oil exports, were unable to temper the gains.

The jump in oil is compounding worries about inflation around the world, with the Federal Reserve coming under intense pressure to tighten monetary policy to prevent prices running out of control.

That has in turn battered equity markets in recent months, and the latest developments out of Europe led to another day of hefty selling Tuesday.

In Asia, Tokyo, Shanghai, Sydney, Seoul, Singapore, Mumbai and Taipei dived at least one percent, while there were also losses in Bangkok, Jakarta and Wellington.

Hong Kong tanked 2.7 percent owing to a selloff in tech firms as traders again fret over the possibility China will embark on another crackdown on the sector.

Those fears were fuelled by a report that regulators had ordered a probe into state firms’ links with Alibaba fintech arm Ant Group. The city’s struggle to contain a Covid outbreak has also hit sentiment in Hong Kong as leaders impose strict containment measures.

“It’s a fluid situation in the evolving geopolitical thematic we see before us,” Chris Weston, of Pepperstone Financial Pty, said.

The uncertainty on trading floors was also pushing safe havens higher, with gold climbing past $1,900 and heading for a one-year high, while the yen was also stronger against the dollar.

The greenback was sharply higher against other currencies, however, including a four percent gain on the ruble.

And commentators warn of further pain if Putin presses ahead with an invasion of Ukraine.

“Uncertainty still rules,” Cristian Maggio, at TD Securities, said before Putin’s recognition of the rebel regions. “In the case of armed conflict, Russian assets will weaken substantially more than now.”

— Bloomberg News contributed to this story — 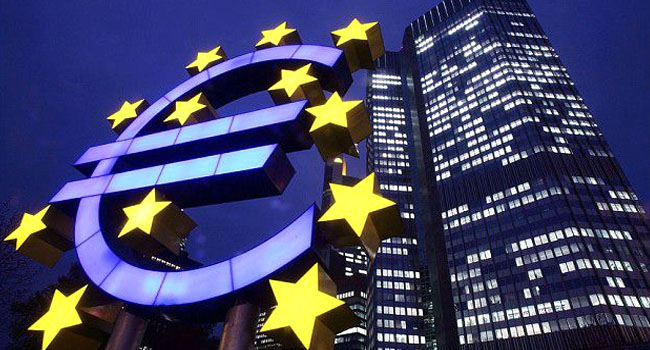 “Investors are shrugging off the pessimism and (are) willing to focus on more positive things,” said AvaTrade analyst Naeem Aslam.

“Germany has drawn (up) a plan to ease off the lockdown restrictions and traders are optimistic about this development.

“Having said this, European markets are not trading higher with bigger margins, we are only seeing some small gains, and it is likely that as trading resumes, these small gains may disappear because of the selling pressure on the energy sector.”

With oil prices at near-decade lows, the energy majors have suffered badly. 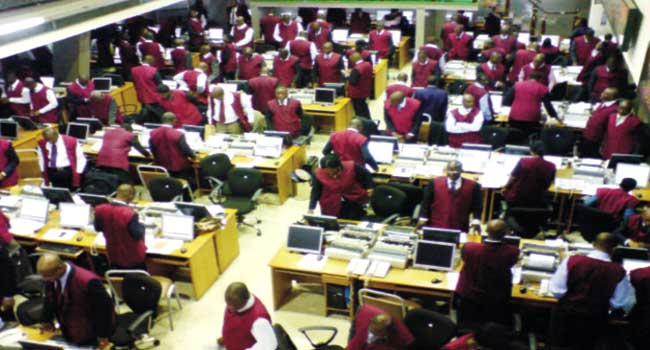 Morgan Stanley International Capital has increased the weighting assigned to Nigerian stocks to 7.9 percent from 6.5 percent previously in its frontier markets basket of equities.

The index designed to track and measure stock markets was rebalanced by Morgan Stanley on Thursday and new weightings take immediate effect.

The MSCI report says there will not be any specific review changes for any securities in Nigeria in the MSCI Nigeria-specific index or composite index, based on the ongoing issues with the foreign exchange market.

Meanwhile, Nigeria’s status in the MSCI Frontier Markets Index remains under consideration for a ”Standalone” re-classification. Nigeria’s stock market rebounded this week with the all share index reaching a 10-month high, following improved stability and liquidity in the currency space and stability in the macro environment, as the MPC, left key parameters unchanged.

The banking index recorded the largest gain, owing to demand for the shares of Gtbank, Zenith Bank And Stanbic IBTC.

Market breadth remained positive, with 41 gainers topped by UAC-Property with 25.88 percent versus 25 losers led by Cadbury with 11.55 percent.

Total volume traded declined by 17.35 percent to 1.88 billion shares, with Diamond Bank, Access, and Zenith Bank accounting for 42.60 percent of the market volume.