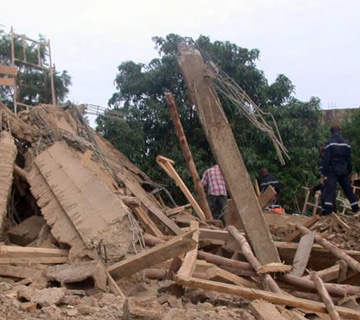 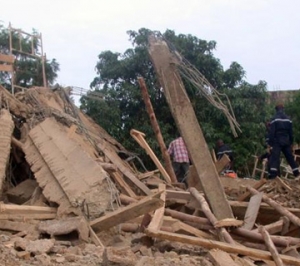 It was a tragic day  as three people have been confirmed dead after a church building collapsed in Benin City on Friday.

The one-storey building, belonging to Christ Chosen Church Of God, collapsed at about 2pm in the Erhunse area of the city.

About 9 people were said to be demolishing the building, following the relocation of the church to a new structure, when it caved in, trapping the workers inside.

Speaking at the scene of the incident, the Commissioner of Police, Edo State Command, said that he got an anonymous call which prompted his quick intervention as an irate crowd threatened to set ablaze what was left of the property.