The national leadership of the People’s Democratic Party, PDP, has been accused of fanning the embers of disunity and rancour within the state chapters of the party.

Former members of the party stated this in Erin-Ile in Oyun Local Government Area of Kwara State while announcing their decamping to the All Progressives Congress, APC.

The former chairman of the party in the area, Jimoh Balogun, while briefing the members, enumerated various efforts made by various state chapters of the party to instil party discipline and rule of law, but that they were rebuffed by the national leadership of the party.

For a former member of the state House of Assembly, Rasaq Taiwo, interference in the affairs of the state chapters and lack of internal rule of law was the last straw that broke the camel’s back that made them to decamp.

The PDP has seen many of its members moving in large numbers into the opposition party, APC, in recent times, citing the same reasons as being behind their decision, with the word “impunity” commonly used.

State Governors, members of the House of Representatives, party leaders in states like Kaduna and Kwara, have been part of the exodus. 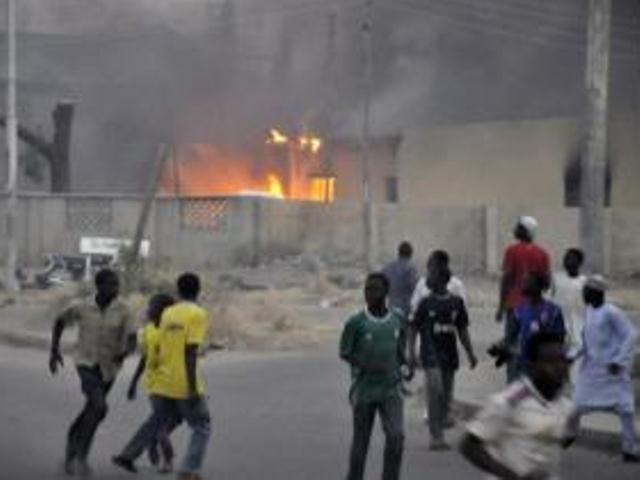 At the on-going hearing of the commission of enquiry set up by the Kwara state government on the lingering crisis between Offa and Erin-Ile, a police inspector from the criminal investigation division has confirmed that seven people were killed during the crisis and not two that have been rumored.

Inspector Gbadebo Adeyemi who was assigned to investigate the mayhem, noted that 9 suspects were arrested for destruction of property worth millions of naira and the loss of about 7 lives which includes a police officer, owner of a hotel and some indigenes of Offa.
He noted that one of the suspects arrested at Oshogbo has been released on bail since no incriminating evidence was found against him adding that 41 persons were injured, 39 already discharged and two still receiving treatment .

The inspector claimed ignorance of the killing of two Erin Ile indigenes adding that both the divisional police officer of Erin Ile and the traditional ruler of did not report such killings.

Another witness for the day is the surveyor general for the state, Lamidi Oyebode who was cross examined by both counsels and explained that his office provided data for the demarcation of the buffer zone and unity road built by immediate past government on the disputed land totaling one thousand seven hundred and thirty two hectares of land.

He denied the notion that the road was purposely built to favor the people of Erin IIe to have access to attacking Offa community adding that the previous state governments have not provided the resources for his office to physically demarcate the boundaries of all local governments in the state.

The chairman of the commission, Justice Sikiru Oyinloye appealed to counsels to maintain decorum and ask questions that could lead to peace in the two communities.

The Kwara state governor, Abdulfattah Ahmed has inaugurated a 10-man commission of enquiry into Offa and Erin Ile crisis with a charge on them to proffer a lasting solution to the incessant crisis.

Governor Ahmed noted that the government would not fold its arms for mischief makers to bring chaos to the state assuring of the determination of government to punish whoever is responsible for the crisis.

The commission was charged to determine the cause of the mayhem, extent of the damage, number of lives lost, review previous reports on the crisis and proffer solutions against future occurrence among others.

He noted that although the task is enormous, he charged them to be diligent, thorough and live up to expectation in the discharge of their duties with the submission of the report in six weeks.

Chairman of the newly constituted commission, Justice Sikiru Oyinloye in his response seeks for divine guidance and lots of security protection to ensure the success of the assignment. 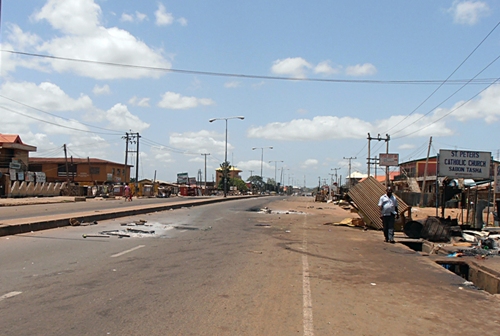 The Kwara State Government has imposed a 24-hour curfew on Offa and Erin-Ile towns in Offa and Oyun Local Government Areas of the state.

This is contained in a statement signed by the Secretary to the State Government, Alhaji Isiaka Gold.

The curfew which is with immediate effect is to restore public order in both communities following renewed disturbances in the areas.

According to the statement, “all human and vehicular movement is restricted in Offa and Erin-Ile until further notice.”

In line with this order, the security agencies have been directed to deal decisively with anyone found contravening the curfew.

The statement assured law-abiding citizens of government’s resolve to secure lives and properties of the people.

The curfew followed the renewal of clashes over the boundary between Offa and Erin-Ile.