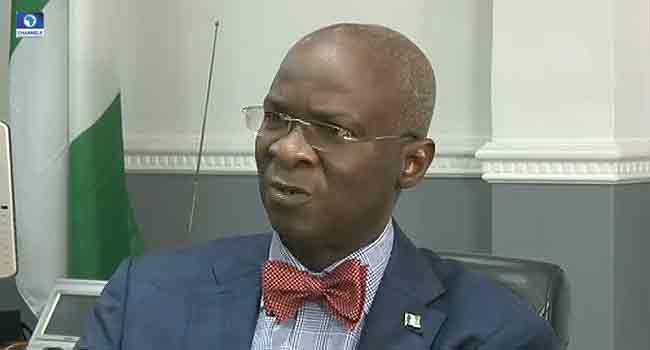 The Federal Government has read the riot act to the Electricity Distribution Companies (DISCOs) operating in Nigeria.

Addressing a news conference in Abuja on Monday, the Minister of Power, Works and Housing, Mr Babatunde Fashola, warned them to be efficient in their service delivery to Nigerians.

He said the companies were aware of the challenges in the power sector, noting that the government would no longer tolerate the issues of estimated billing and mass disconnection of consumers.

“The DISCOs bought these assets with their eyes wide open and they must compete to deliver or exit,” said Fashola.

He added, “In the face of this picture where we have power to sell with more to come, the number of complaints coming to government for meter which DISCOs should supply, and for estimated billings and mass disconnection where not everybody is owing cannot continue. Government must act and will do so.”

The minister decried that investment of the generating companies is threatened because the capacity of electricity being generated is under-utilised.

According to him, small business owners who need very little power are not getting enough because the DISCOs cannot make the power available to them.

Fashola informed reporters at the briefing that the government effort to improve the sector is yielding positive results as power generation is increasing by an average of 1,000MW annually.

He, however, insisted that government would not allow any distribution company to frustrate its efforts towards providing a stable power supply for the citizenry.

The minister revealed, “I can report progress in generation, transmission, and distribution post-privatisation.

The Nigerian Electricity Regulatory Commission (NERC) is set to begin a process that will cap the revenues that electricity distribution companies can generate from their consumers through the estimated billing method.

At a public hearing on Capping Estimated Billings in the Power Sector, the Assistant General Manager in charge of Customer Service Standard at the commission, Mr Shittu Lawal, observed that the consumers are baring most of the burden of the inadequate metering across the country.

Mr Lawal said 44.06% of registered electricity consumers in the country do not have effective metering system.

He also noted that the proposed capping system would encourage the distribution companies to ensure adequate metering of electricity consumers.