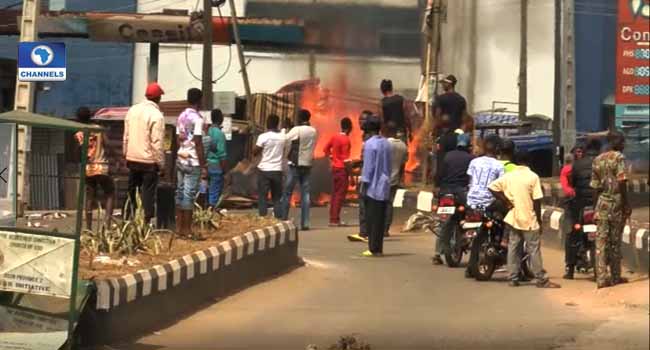 ‎The arraignment of six persons for their alleged roles in the May 8 clash in Ile Ife was on Wednesday stalled for the second time this week.

The arraignment of the suspects had earlier been stalled on Monday as the judge before who they were to be arraigned reportedly did not give her consent to hearing the case.

The counsel to the defendants said the arraignment was stalled again on Wednesday due to procedural error by the prosecution.

He said the accused had yet to be served notice of the offence they were being charged with, describing it as a delay tactic to deny them of swift justice.

The lawyers said, “What happened is the problem of the prosecution and not our problem because here there is procedural way of doing things; you must follow the procedure, but they have not followed due process.”

The prosecuting counsel, Samuel Lough, however, said all the necessary arrangements have been made for the arraignment of the suspects.

“The court said they will give us a new date, so we are waiting for the court to do so,” he said. 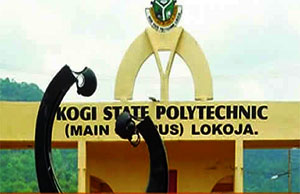 Wife of the murdered Kogi State Polytechnic lecturer, Mrs Elizabeth Abimaje, has called on the State Government to set up a judicial panel to unravel the death of her husband.

Mrs Abimaje made this appeal during the one year remembrance anniversary of the late Nathaniel Abimaje which took place at the polytechnic campus in the state capital.

The Kogi State Polytechnic, Lokoja has resumed after the ethnic clash between the Egbiras and Igala, but Abimaje, a chief lecturer with the polytechnic, was murdered on the night of April 19, 2013 on at the campus when he went to mediate between clashing tribes.

Mrs Abimaje, however, said that her husband was murdered by some powerful elements on campus, who she claimed only hid under the student’s riot to perpetrate the act.

She also alleged that her husband was called out to be killed by someone who is a staff of the institution.

Taking Channels Television to the scene where her husband was killed, Mrs Abimaje described how the incident all happened before she found her husband’s body.

Reacting to Abimaje’s claims, the Rector of the polytechnic, Professor Mathew Ajibero, said that the polytechnic had gone extra mile to make sure that the late lecturer’s family was well catered for, including accommodation, and up keep, and a hall  had been named after the late Abimaje.

Meanwhile, the Chairman of the institution’s chapter of the Academic  Staff Union of  Polytechnics (ASUP), Mr  Akowe Joel and the Chaplain General, Sam Keddy Balogun, expressed disappointment that the institution was yet to unravel the murder of the late Abimaje, who they  described as one of the best lecturers the polytechnic had.

Family members, friends and relations, gathered at the convocation square of the polytechnic, to mark his one year remembrance. 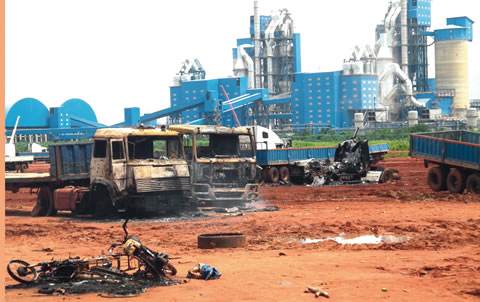 3 persons lost their lives while 30 vehicles were burnt when a clash occured between Hausa and Yoruba in Ibese, Yewa North Local Government of Ogun State on Wednesday.

The Chairman of the task force in the affected market, Sikirulah Akinsola, confirmed  that the violence erupted due to a disagreement between two persons over a commercial sex worker.

The violence was said to have later escalated and became an inter-tribal crisis.

About 25 articulated vehicles, three cars and five motorcycles were said to have been destroyed in the violence. Also, almost all the shops in the nearby market were reportedly looted.

Akinsola, who also doubles as the Bada Orile of Ijako Village, a suburb of the town, said more than 200 persons of Yoruba extraction who felt aggrieved by the alleged killing of their kinsman had decided to demonstrate on the streets when the crisis erupted.

The Ogun State Police Public Relations Officer, Muyiwa Adejobi confirmed the incident, but said no one was killed.

Adejobi, an assistant superintendent of police however said the violence in the town had nothing to do with ethnicity.

He said, “It was caused by a prostitute and some of the drivers had a problem with some men who claimed to be Ibese indigenes. There was no ethnic colouration. There was no casualty and only 14 vehicles were burnt.”

Armed policemen were deployed in the troubled town to forestall further break down of law and order while an Armoured Personnel Carrier was seen stationed in front of the Dangote Cement Factory located within the community.