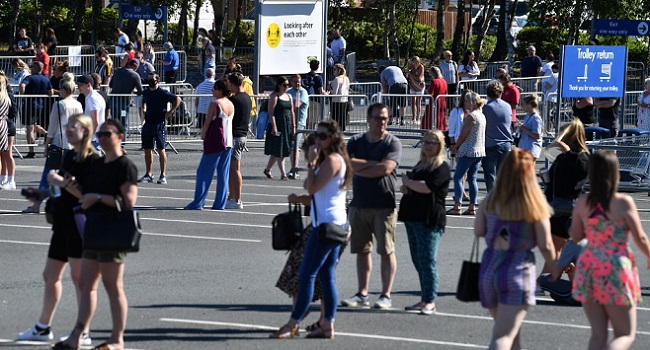 EU member states agreed on Wednesday to reopen the bloc’s borders to travellers who have been fully vaccinated against the coronavirus, European sources said.

Meeting in Brussels, diplomats also agreed to increase the level of new cases a country can hit before being declared unsafe — a measure that would open up travel into the EU from more places.

The recommendations will be adopted by EU ministers on Friday, they said. An EU Commission spokesman confirmed that the envoys had endorsed the update to travel rules.

Since March 2020, non-essential travel into the 27-member European Union has been banned, apart from a small number of countries deemed safe because of their low Covid case rate.

But businesses on the continent are reopening as virus restrictions are phased out and bars, hotels and restaurants are worried about the summer tourist trade.

Diplomats said that, under the new rules, travellers who could demonstrate that they had received the required number of doses of an EU-approved vaccine could enter the bloc.

In addition, the number of cases per 100,000 people that a country could register over two weeks and still be considered for the green list will rise from 25 to 75.

This would still exclude non-vaccinated travellers from much of the world, but could allow travel from, for example, Britain, which is well-advanced in its vaccination campaign.

The 27-nation bloc looks set to expand this list to include other countries with low infection rates from where people could arrive with or without being vaccinated.

Individual member states could still decide their own rules on quarantine or testing requirements for arrivals.

Member states also agreed to set up a coordinated emergency mechanism to rapidly suspend arrivals from a non-EU country stricken by the sudden appearance of a new variant.

As it makes progress on opening up to the rest of the world, the EU is struggling to advance on establishing a common health certificate that would allow people to travel more freely within the bloc.

The so-called “green certificate” was supposed to be operational from June and ease movement for those who could show they’d been vaccinated, had a negative test, or been through an infection.

But negotiations to set finalise the scheme between the European Parliament, member states and the bloc’s executive have been making slow progress.

A further round of discussions is scheduled for Thursday as talks stumble on demands from lawmakers for tests to be free or their cost capped.

The delay is causing major concerns for some countries as they are desperate to free up travel before the vital summer season in a bid to revive battered tourism sectors.