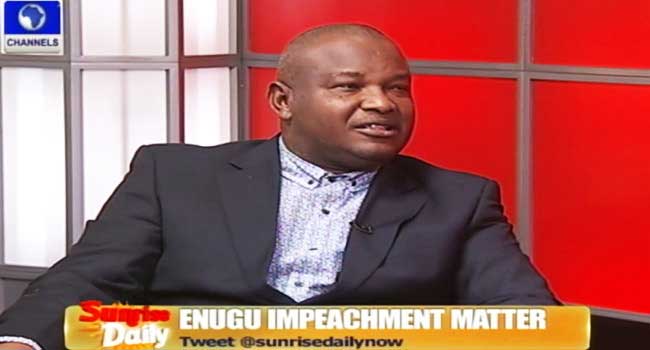 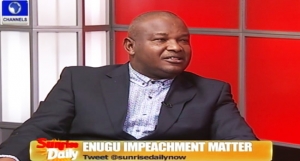 Nigeria’s democracy cannot grow if the practitioners are not willing to be democrats.

A Legal Practitioner, Wahab Shittu, said this on Sunrise Daily on Tuesday, during a conversation on the impeachment brouhaha in Enugu State.

Fifteen out of 24 members of the Enugu State House of Assembly had on Monday commenced an impeachment process against the State Governor, Sullivan Chime, putting forward allegations of forgery, inflation of funds for state project execution and unlawful acquisition of public landed property.

The process took a different turn when eight members of the House loyal to the Governor sat, impeached the Speaker, Honourable Eugene Odoh, and shot down the House indefinitely.

Despite his impeachment by the eight members of the House, the ‘impeached Speaker’, Honourable Eugene Odoh, said that the 15 lawmakers would continue with the impeachment process on Tuesday, insisting that the Governor had been duly served.

Reading from the constitution, Mr Shittu stated that the simple interpretation of the constitution means that both factions of the Enugu House of Assembly have erred in the manner they have gone about their intentions.

While the eight lawmakers trying to protect the Governor by impeaching the Speaker cannot possibly be taken serious because they are not up to two-third of the House members, the 15 trying to impeach the Governor have also acted against the constitution.

Having stated few constitutional breaches already noticed, he stated that since the 15 lawmakers have been prevented from convening in the assembly, insisting on impeaching the Governor, if done in another location, would be unconstitutional.

He also berated the Police for preventing lawmakers from gaining access into the assembly premises. He wondered why political officers should be prevented by the Police from performing their duties in a democracy when it is the duty of the Police to protect democratic institutions.

Mr Shittu would not condemn the morality of allegations from both parties but stated that it is the constitutional function of the House of Assembly to represent, make laws and perform oversight functions.

On the back of this, he maintained that all members should be allowed to enter the assembly and together decide what actions they want to take.

On the refusal of the House to approve the Governor’s request for 11billion Naira, he said; “They should consider that request only on merit,” adding that the interest of the people only should matter and not other factors like its timing.

He added also that the Nigerian Constitution needs some of its sections properly interpreted.

An example of this is the argument about what is needed to carry out a major function like the impeachment of a Speaker in the House – if it is two-thirds of the all members of the House or two-thirds of members present at the session.

Although Mr Shittu had earlier argued that the simple interpretation is that two-thirds of all members of the House is what the constitution recommends for any key decision to be binding, he suggested that a ‘code of political and ethical conduct’ be put in place to guide how politicians carry out their activities and it should be binding on every lawmaker.

He added that the constitution also needs to clarify what specific actions should amount to “gross misconduct” as the allegation has been widely used as a tool to settle scores.

Nigeria needs to strengthen two key institutions; the judiciary and the Police, Mr Shittu said, adding that “if these two institutions are strengthened and act professionally all these impunity will stop”. 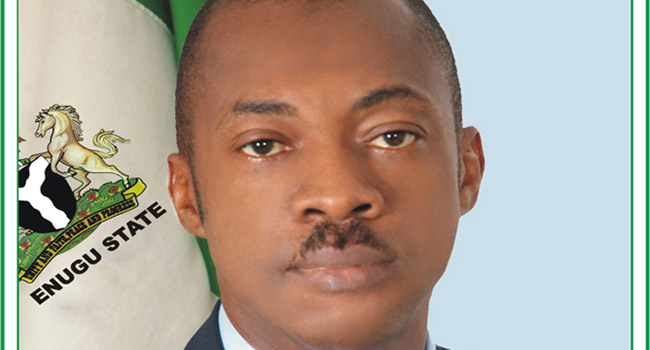 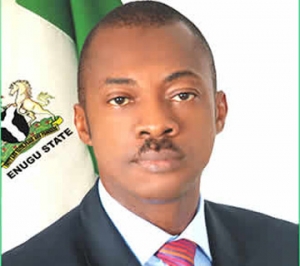 The lawmakers accused the Governor of high handedness and corrupt enrichment.

The lawmakers refused because according to them it is less than a month to hand over to a new administration, so why would the Governor be asking for 11 billion naira.

The unapproved 11billion naira allegedly led to the power play between members of the House of Assembly and the state government.

The Governor then allegedly induced some members of the assembly with some money to impeach the House Speaker, Eugene Odoh.

Fifteen lawmakers sat on Monday morning and suspended some members who they believe are loyal to the Governor, and then collected signatories of 15 people before serving the Governor impeachment notice.

In the meantime, the Speaker of Enugu House of Assembly, Eugene Odoh, is said to have been impeached by eight out of the 24 members of the House.

The members are believed to be those loyal to Governor Sullivan Chime.

The members who carried out the impeachment accused the Speaker of being self-centred and uncooperative.

The Governor’s Spokesman, Chukwudi Achife, said in a chat with Channels Television that Speaker Eugene Odoh, had been removed and a new Speaker elected. He dismissed the alleged plot to remove the Governor.