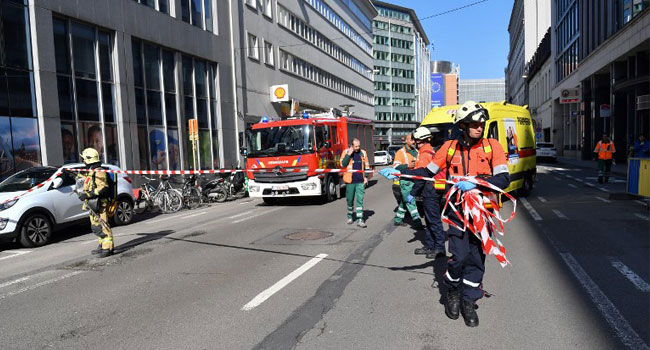 Part of the European quarter in Brussels was evacuated on Tuesday, just two days before a European summit following a bomb threat to a lobbying firm.

The call was received by GPLUS, a public affairs and strategic communications consulting firm located across from the offices of Agence-France Presse (AFP).

The office is also a few dozen metres from the UK permanent representation where staff, hard at work on Brexit, were ordered to remain indoors.

The alert was lifted shortly after 1:00 pm (1200 GMT), two hours after the intervention began.

Belgian police and the fire brigade mobilised significant resources, including a team to evacuate potential victims as quickly as possible.

The perimeter was sealed off, building residents confined and police sniffer dogs inspected vehicles parked in the area.