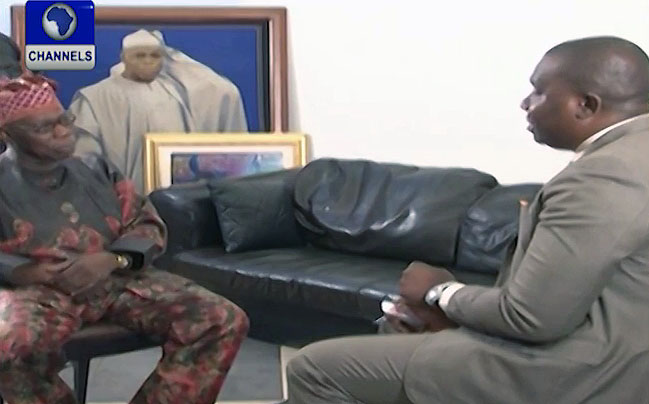 Former president Olusegun Obasanjo has denied the allegation that he ever solicited for a third term as the president of Nigeria, saying it was the national assembly that included it amongst the other clauses of the constitution, that was to be amended.

While commenting on the challenges of deepening democratic institutions in Africa; the former president for the first time, in an exclusive interview with Channels Television stated firmly that “I never toyed with the idea of a third term.”

The former president insisted that he has always denied the allegations and talks around the third term issue which he allegedly sought at the end of his two-term tenure of eight years in 2007.