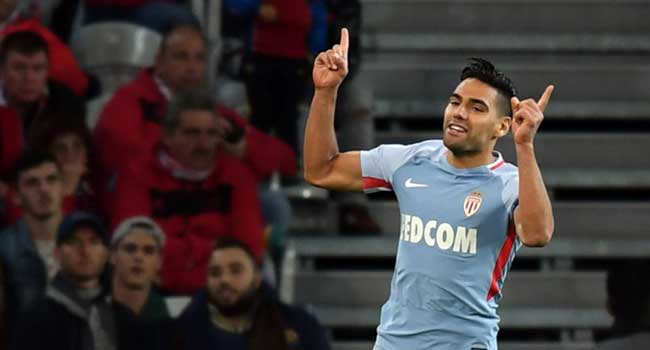 Radamel Falcao scored a brace as French champions Monaco romped to a 4-0 thumping of Lille at the Stade Pierre-Mauroy on Friday to pile the pressure on home coach Marcelo Bielsa.

Stevan Jovetic and Rachid Ghezzal put Monaco in control at half-time with their first goals for the club since joining from Inter Milan and Lyon respectively.

The in-form Falcao piled more misery onto the hosts with a second-half brace to reach 11 league goals for the season.

New Lille coach Bielsa is under increasing pressure, as his men are now winless in six matches since their opening-day victory over Nantes, a run during which they have only scored once.

The Argentinian had insisted earlier in the week that he would not walk out on the club like he did at Marseille two years ago, but his team’s pitiful display could test his resolve.

Monaco started on the front foot against a Lille outfit shot of confidence.

The Montenegrin international created space for a shot with a clever turn, before picking out the bottom corner from the edge of the box for his first goal for Leonardo Jardim’s men.

It didn’t take long for another close-season signing to get off the mark for the principality outfit, as former Lyon winger Ghezzal made it two six minutes later.

Full-back Almamy Toure, playing in place of the suspended Djibril Sidibe, burst down the right-hand side and picked out the onrushing Ghezzal, who slammed the ball past home goalkeeper Mike Maignan.

A hapless Lille finally had a shot in anger on the stroke of half-time, as Luiz Araujo fired wide.

That effort proved to be a false ray of hope though, as Monaco captain Falcao became the first player to reach 10 goals in any of Europe’s top five leagues this season just three minutes into the second period.

The Colombian showed his predatory instincts by meeting a rebound in the area with a bullet header into the back of the net.

Lopes had a shot well saved by Maignan after Falcao’s clever knock-down, before the former Manchester United flop converted a penalty to add further gloss to the scoreline.

The 31-year-old has now scored two or more goals four times in his seven league games so far this term.

In Friday’s first match, Mario Balotelli scored his sixth goal of the season in all competitions as Nice fought back from two goals down to draw 2-2 with Angers at the Allianz Riviera.

The visitors forged ahead thanks to first-half goals from Mateo Pavlovic and Karl Toto Ekambi, but Balotelli’s spot-kick and Ismael Traore’s comical own goal handed Nice a point.

PSG will take on Montpellier without the injured Neymar for the first time since the Brazilian’s world record move from Barcelona, as they look to make it seven wins from seven to kick off the campaign. 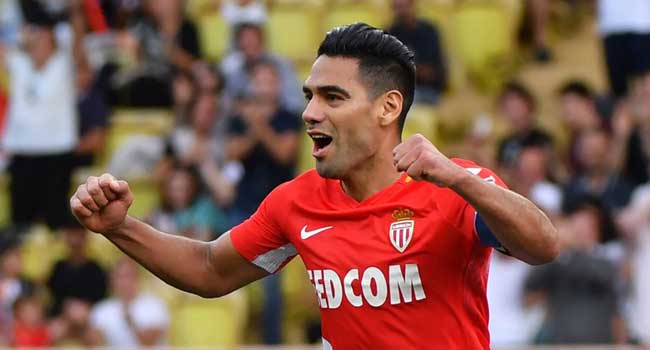 Radamel Falcao grabbed a brace as French champions Monaco bounced back from last week’s thrashing by Nice with a 3-0 win over Strasbourg at the Stade Louis II on Saturday.

The hosts started slowly, but took the lead on the stroke of half-time through Rony Lopes’ first goal for the club.

Falcao made the points safe early in the second period, before completing his double in the 67th minute.

Monaco were looking to respond after seeing their record 16-match winning run in the league ended by a 4-0 thumping at Nice last week.

Coach Leonardo Jardim gave Montenegrin forward Stevan Jovetic and winger Rachid Ghezzal their full debuts after close-season moves from Inter Milan and Lyon respectively, in the only two changes from the side that claimed a 1-1 draw at RB Leipzig in their Champions League opener on Wednesday.

But newly-promoted Strasbourg more than held their own for the first half an hour, and almost took the lead when Ivorian midfielder Jean-Eudes Aholou headed over from only three yards out.

The hosts were a shadow of the side that stormed to last season’s title and started this campaign with four straight wins, but they broke the shackles in the 44th minute.

Ghezzal’s ball over the top picked out an intelligent run from Falcao, who squared for Lopes to prod the ball in at the back post.

The hosts didn’t have to wait long to score a second, as captain Falcao grabbed his league-leading eighth goal of the campaign six minutes into the second half.

Full-back Jorge’s low cross left the Colombian with the simple task of diverting the ball home.

Falcao wasn’t done there though, as he capitalised on Strasbourg captain Kader Mangane’s terrible mistake before lashing into the corner.

The 31-year-old has now scored two or more goals three times already in Ligue 1 this season.

On Friday, Brazilian Malcolm’s third goal of the campaign helped Bordeaux stay unbeaten with a 1-0 victory at Toulouse. 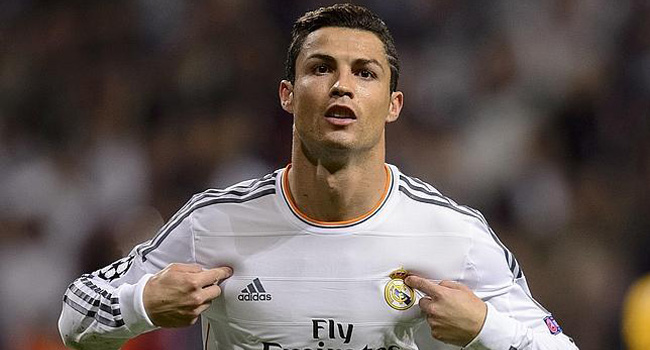 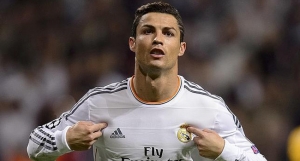 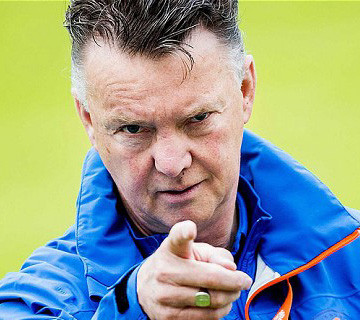 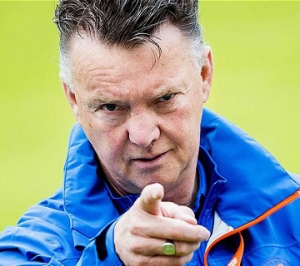