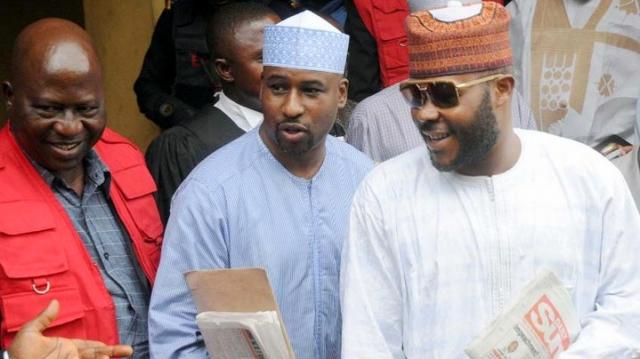 A Lagos High Court sitting in Ikeja on Thursday granted an order for an interim forfeiture of assets belonging to an oil marketer, Oluwaseun Ogunbambo of Fargo Oil & Gas Ltd, who is standing trial for fraudulently collecting money meant for fuel subsidy.

The Economic and Financial Crimes Commission (EFCC) obtained the order from the court presided over by Justice Adeniyi Onigbanjo through an ex parte application on Thursday.

Though the anti-graft agency did not specify the worth of all the assets it sought the court to freeze, it alleged that Mr Ogunbambo was being prosecuted for frauds totalling about N4.5 billion.

The UK bank account bearing the name of his England-based company, Seatac Petroleum Ltd, was said to be having £1 million standing to its credit.

Also, the account of one company, Nassaman Oil Service Ltd, belonging to Mamman Ali, son of former Chairman of the Peoples Democratic Party, Ahmadu Ali, was among the assets frozen at the instance of alleged fraud linked with Seun Ogunbambo.

The EFCC’s counsel, Francis Usani, moving the application for forfeiture on Thursday said, “the properties and bank accounts set out in the schedule hereto, properties of the persons currently standing trial for conspiracy to obtain money by false pretence, obtaining the sums of over N4.5 billion by false pretence, forgery and uttering of a documents in Charge Nos ID/116C/2012, ID/133C/2012 and ID/122C/2012 all pending in this judicial division (Ikeja), be in the interim forfeited to the Federal Government of Nigeria pending the determination of all the pending proceedings against him”.

Two of the charges are pending before Justice Onigbanjo, who granted the forfeiture order on Thursday.

In the other charge involving Mr Ogunbambo and his firm, Adeline Investment, pending before another judge, Justice Olabisi Akinlade, the defendant was alleged to have used forged cheques and false claims to defraud Stanbic IBTC Bank of about N430 million in 2010.

According to the other two charges involving him, Habila Theck and Fargo, the accused were said to have defrauded the Federal Government under the fuel subsidy scheme up to the tune of N976.7 million.

In the other case involving Ogunbambo, Mamman Ali, Christian Taylor as well as Nasaman Oil Services, they were accused of defrauding the FG of N4.5 billion under the subsidy scheme.