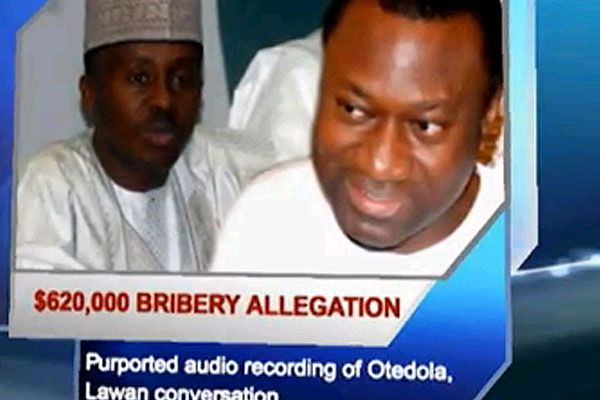 More evidence are forthcoming in the alleged bribery scandal involving Honourable Farouk Lawan and the MD/CEO Zenon Oil and Gas over the alleged payment of $620,000 out of the $3million bribe demanded.

The Chairman, House of Representatives’ ad hoc committee on Fuel Subsidy, Farouk Lawan, is alleged to have collected $620,000 as part payment for a $3million bribe, which he demanded from billionaire and oil magnate, in a bid to exonerate his companies from the fuel subsidy probe.

The audio conversation exclusively obtained by Channels Television, started with the MD/CEO Zenon Oil and Gas, Femi Otedola saying he does not want to take the money to his house. “I don’t want to take it to my house; it is a lot of money” he said.

Then the lawmaker replied that he is on his way out and by the time he returns, he will have to head to the chambers of the House of Representatives.

Mr Otedola then asked, if he should reschedule his planned trip to China, but the Honorable Farouk said no and offered to bring in a third person to collect the bribe.

Acknowledging the transaction, Mr Farouk responded affirmatively to Otedola’s remark that if he receives the initial payment, then there will be a balance of $2.5million, saying “that’s right” while he said, he will be calling the third person to ensure the collection of the initial payment.

Below is the purported audio recording:


Otedola: How are you sir?  I don’t want to bring it to my house

Lawan: Oh, you would take it to your house

Otedola: No I don’t want to bring it to my house; it is a lot of money

Lawan: err… so where? Because I’m rushing to the… they are at the airport now?

Otedola:   Yes they are in the airport in the aircraft

Lawan: Well I can’t come over now and before they can come over now unless I send somebody to but I can’t because…by the time they come I should be…I have a lot of things to do myself

Otedola: Is there anybody you think I can give it to or maybe I should just postpone my trip to China till tomorrow?

Lawan: No, no it’s ok…I’ll arrange it with someone…let me give you his number 080

Otedola: hold on hold on

Otedola: OK. So I will give him the balance; that is erm… 2.5 million dollars, yea?

Lawan: that’s right. Hold on. I’m calling him to be sure his phone is on…..

The Chairman, House of Representatives’ Ad Hoc Committee on Fuel Subsidy probe, while presenting the 210-paged Fuel Subsidy report to a plenary session of the House of Representatives, on the 21st of April, moved a motion of recommedation that two companies should  be removed from the list of companies indicted by the committee for receiving forex from the Central Bank of Nigeria but failed to bring in the fuel.

See the video below: 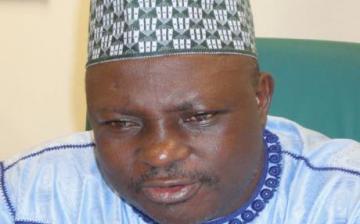 Chairman of the house committee on Drugs, Narcotics and Financial Crimes, Mr. Adams Jagaba has denied receiving the sum of 500, 000 dollars from embattled former chairman of the ad-hoc committee on fuel subsidy, Mr. Farouk Lawan. Bringing a new twist to the ongoing $620, 000 bribery allegation brought against Mr. Lawan.

Jagaba, was speaking after a closed-door meeting with the house Ethics committee which is investigating the matter, where he presented his own testimony.

Jabaga, however, maintained that he will never be involved in any act that runs contrary to national interest.

While stating that he first saw the letter purportedly written by Lawan on the pages of a newspaper and later at the Police headquarters, the lawmaker analysed the letter and pointed out the errors contained in it.

Jagaba said it was an attempt to destroy his reputation.

He said: “Farouk Lawan alleged that he wrote a letter to me attaching $500,000. That is callously untrue and in fact, calculated to smear my hard-earned reputation, a reputation I painstakingly built since 1999.

“I never received any letter, or money, or any other exhibit from Farouk Lawan.

“I saw for the first time the purported letter on a page of the Leadership Newspaper, page 6 of June 14, 2012; and the closest copy which I saw and touched, was the copy he presented to the Police Special Task Force investigating the bribery scandal, when I went there on July 10.

“I was invited by the Police STF while in South Africa attending the Commonwealth Parliamentary Association (Africa Region) Summit.

“When I returned to Nigeria, I went to the Police Force Headquarters on July 10 at about 11:00 am to give my own side of the story on the bribery scandal investigation and I spent precisely two hours with them.” 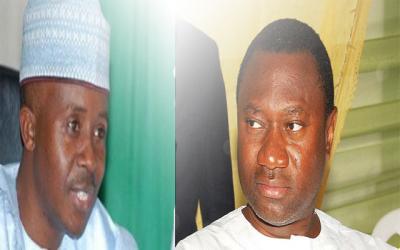 Channels Television has obtained the Part 2 of the audio recording purported to be the conversation between Honorable Farouk Lawan and Femi Otedola over the $3million bribery allegation scandal.

Here is the audio recording:

Transcript of the audio recording

Lawan: it wasn’t like my brother talking. That’s one. Secondly, please this thing that we are doing, keep it to yourself otherwise you will make it difficult for us …

Lawan: Because somebody called me now and said that we said we are going to address it.

Lawan: Yea. Because if it is already out that we are going to do something, when we do it, people will think that we are doing it because we have been compromised. And you know that is something that errrrr… And if my colleagues get to hear about it, I wouldn’t be able to convince them. So keep it to yourself.

Lawan: Let it not be like anybody is aware of what is happening. If anybody ask you, simply explain that this thing, you know from your records. You have all records and you have made a case to the committee. You have sent your documents to the committee

Lawan: Yea. Because the moment it gets out now we are going to correct it. Then it means we have already Haaa… so let it be …

Lawan: I want to spring a surprise on the floor and only that is the only credible way I can do this. So please, please.

Lawan: Yes. You know your sector is small. Everybody knows… and people are already saying … Somebody just called now and said Femi has gotten his way around you guys and he has already succeeded.

Otedola: That is not true. But let me also tell you one thing ….

Lawan: No, no, no, no. I am saying it because this is what I heard

Otedola: But my brother, let me also tell you one thing. You know me as a person

Lawan: It doesn’t have… I know… I don’t want

Otedola: People just get up

Lawan: I know. That makes it difficult. Just, just whoever… you know… no. I didn’t do this. I’m sure it must have been a mistake from the committee but I have sent a letter to set the record right 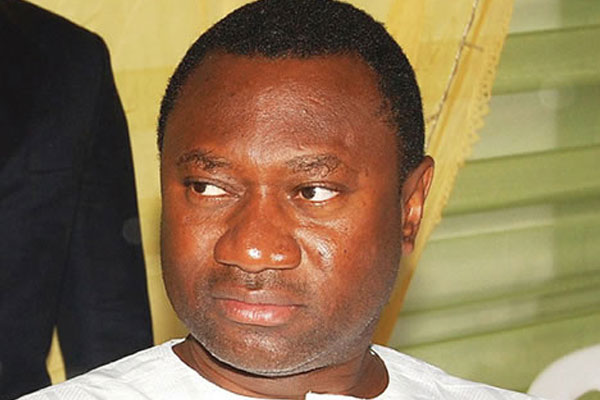