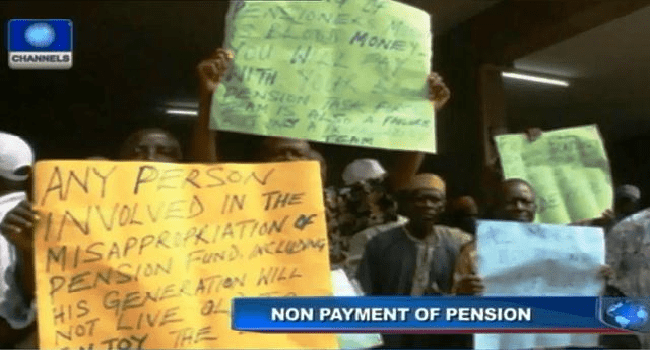 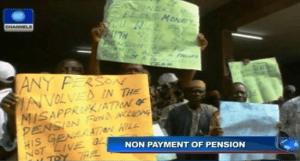 Members of the Nigeria Union of Pensioners (NUP), under the aegis of Federal Contributory Pension Retirees Sector, have protested the alleged non-payment of their entitlement in the last 10 months by the National Pension Commission (PENCOM).

At a peaceful protest held in Abeokuta, the Ogun state capital, the retirees, carrying placards with various inscriptions, demanded a review of the Contributory Pension Scheme (CPS) to be limited to workers engaged from 2004 to 2014.

The members alleged that workers, who retired under the CPS, since August 2014 till date, are yet to collect their gratuity, a situation they said has made life unbearable to members.

In view of the alleged anomalies in the new scheme, the protesters said they want a return to the old scheme.