The agency has been enabled with this approval to monitor exportation from Nigeroa and importation of petroleum products by ships and vessels.

The Nigerian Maritime and Safety Agency (NIMASA) has however been criticise over the approval by the Federal Government.

Is there actually any gain in this approval by the FG?

Watch as the Direcor General of NIMASA; Mr.Patrick Ziakede Akpobolokimi speaks on this and other issues.

Mr Sansusi has in recent times come under immense criticism for the CBN’s donation of N100 million to the victims of Boko Haram’s attack in Kano state which claimed almost 200lives.

The bank also donated N25million to victims of Madalla/Christmas day bombings which claimed over 40 lives.

The Christian Association of Nigeria has expressed concern over what it describes as the lack of security for Nigerians and their property saying the frightening dimension of the activities of the sect, boko haram has become worrisome.

President of the Association, Pastor Ayo Oritsejafor who addressed journalists in Abuja at the National Christian Centre on the state of the nation where he montioned that the activities of the sect is making it difficult for Christians in Nigeria to freely practice their religion where ever they reside as he warned the Federal Government, political leaders in the country and the Supreme Council for Islamic Affairs on the consequences of the sect’s latest threat.

He further asked the Federal Government to stop foot dragging and go into action for once as it’s been said over and over that action will be taken, yet nothing has been done which brings to fore the perception that the sect is being pampered.

Many Nigerians are still mourning their loved ones who were victims of the senseless killings of boko haram.

The Can President encouraged the Federal Government and the Muslim community that the time for action is now to stop the barbaric killing so as the Nation can remain in unity.

National Independent Power Project (NIPP) management came under the reprimand of the Senate committee for power for failing in its supervision of the Ikot-Ekpene substation power project.

The committee said they would sit and watch the NIPP destroy the aspirations of steady power throughout the country.

OSita Chidoka;the Corp Marshal of the Federal Road Corps (FRSC) said that the Senate has not notified the commission yet on the new making the rounds that new drivers’ license and vehicle number plates proposed by the commission has been suspended.

In press conference organised by the commission the Corp Marshal adressed journalists that the Executive arm of government will take a decisive step on the matter. 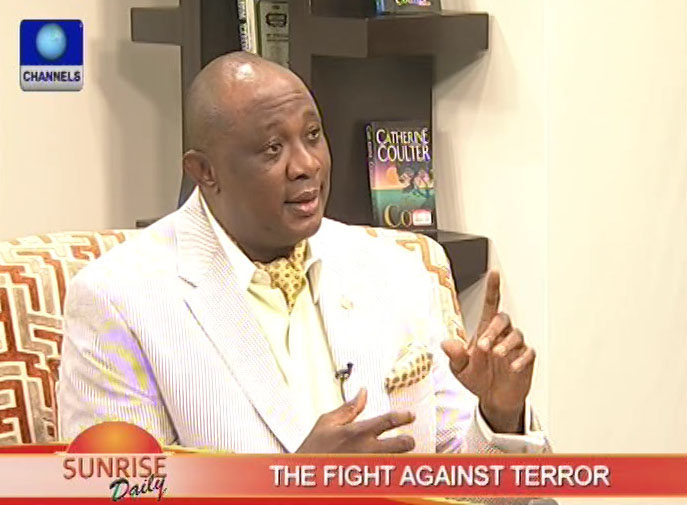 Events unfolded the level of insecurity in Nigeria which has prompted National Security to be a major focal point of the  Federal Government since the advent of the muslim sect Boko Haram.

Max Gbanite a security Consultant reacted to the insecurity  level in Nigeria and suggested the way forward for Nigeria to improve security.

The Nigerian Federal Government in its battle against cancer has said it will incorporate vaccines for human papilloma virus into the National Programme on Immunisation.

According to a recent report, Health Minister Onyebuchi Chukwu said the “strategy will prevent forty percent of cervical cancer,” which accounts for 17 in 100 cases of cancer reported in women.

The health minister also added that the hepatitis B vaccine will be implemented to prevent liver cancer.

The deadly disease claimed some 7.6 million people in 2008 and the World Health Organisation estimates cancer could kill some 84 million people by 2020 if preventive measures are not taken now.

“For emphasis, we need to remind ourselves of the grim statistics of the morbidity arising from the cancer scourge,” said the minister.

Incidence of breast cancer in Nigeria has risen 100% in the last ten years, compared with only a 25% increase in the previous decade, according to data from the Institute of Human Virology of Nigeria, and still accounts for four in every 10 cancers in women.

Cancer of the ovaries account for 3.7% of cases. Cancer of the lymph nodes and skin account for the lowest incidence–at 3% and 2% respectively. In men, lymphoma accounts for 6.8% of cases while skin cancer makes up 3.8%, slightly higher than for women.

Nigeria has also paid $9 million in counterpart funding in a technical partnership with the International Atomic Energy Agency to upgrade radiotherapy and nuclear medicine facilities in ten teaching hospitals around the country by 2015, according to the health minister, a report stated.

Health activists like Dr. Patience Osinubi, head of Cancer Control Programme at the federal health ministry, have called for cancer screening, like HIV/AIDS testing to be free as cost still hinders individuals from getting tested and seeking help early.

“If you don’t come out and participate in the free cancer screening, then you really have yourself to blame,” she noted.

Meanwhile, the Federal Government, yesterday, said it would construct 10 new cancer centres across the country in 2012, in order to curb the spread of cancer in Africa’s most populous nation.

Following the recent dangerous trends in the activities of the deadly boko haram sect in the country especially the Christmas day systematic bombing of some churches in the country, President Goodluck Jonathan has declared a state of emergency in some parts of some states in the affected areas.

Making the declaration in a live broadcast to the nation today, the president said the Chief of Defence Staff has also been empowered to set up a special force unit with specialty in counter terrorism activities.