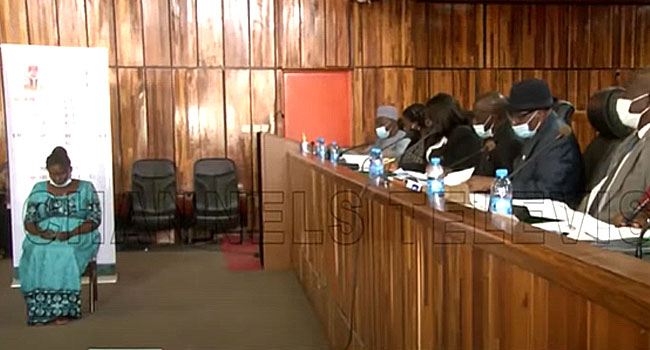 A witness, Doris Idedia, on Wednesday narrated how her brother allegedly died in the custody of the now-disbanded Special Anti-Robbery Squad (SARS) of the Nigerian police and the subsequent refusal by the police to release his corpse to the family.

Idedia speaking before a nine-member panel set up by the National Human Rights Commission (NHRC) to investigate allegations of violations of human rights by the police said her brother, Festus Idehen, was arrested in Kaduna and subsequently died in police custody in Abuja.

She told the panel that a police inspector identified only as Kingsley tortured her brother over a false accusation that he stole a car in 2016.

He eventually died on September 6, 2016, three days after he was taken into police custody in Abuja.

“He left us. He didn’t eat anything till he died on the 6th. He died in pain. This is someone that was supposed to be in Canada. He never got there,” Idedia said amid tears.

Mrs Idedia is demanding N200 million compensation from the police over the death of her brother.

Counsel to the police, Malik Taiwo in response requested for more time to get their facts ready for cross-examination.

The chairman of the panel, Justice Suleiman Galadima, therefore adjourned the case to December 15th, for cross-examination.