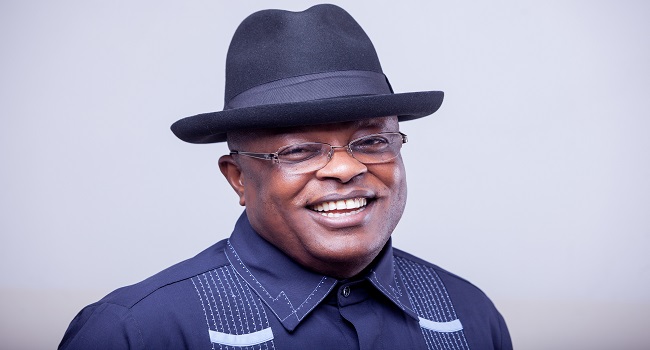 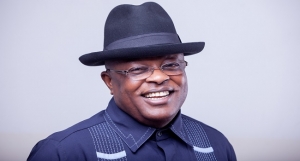 The Governor of Ebonyi State, Mr Dave Umahi, has thrown his weight behind President Muhammadu Buhari’s move to fight corruption, saying that is what the nation needs presently.

Governor Umahi stated this in an interview with State House correspondents after a closed-door meeting he had with President Buhari at the Presidential Villa, Abuja.

He also perceived that “without fighting corruption, Nigeria would never grow”.

Umahi visited the President to discuss the bad condition of some Federal Government roads in his state, especially roads that lead to the sites of some natural resources that investors had already expressed interest in.

He explained that investors would not be able to access the sites until the roads are fixed.

The Governor said, “Ebonyi State has solutions to the problems in the nation, in the area of agriculture, mineral resources like cement, lead, zinc, copper and coal. We also have a large deposit of salt.

“A lot of investors, when they heard of the patronage that the President intends to give to local production of these items, besieged Ebonyi State, because they want to invest in these areas.

“We have issues, the roads leading to these sites are federal roads and they are very difficult to access. So I came to ask Mr President for two things.

“Two, there are some people or companies that want to do Public-Private Partnership with the state government on the development of these roads and they want a guarantee from the Federal Government that they will allow them to put toll gates so as to get back their funds.”

Meanwhile, in reaction to claims that the Peoples Democratic Party (PDP) Governor wants to defect to the APC, he said it was wrong to assume that he was planning to defect, adding that he was still very happy being a member of the PDP.

“That (I may be planning to dump PDP) is not correct. We have to understand what opposition is.

“When the President comes out to fight corruption, why should we oppose that? It is a very good job and that is what the nation needs.

“Without fighting corruption, there is no way this country can grow. So, we support the President because it is a very good policy.

“I support him personally because I am doing the same thing in Ebonyi State. I share the same character with him fighting corruption, and that does not amount to cross carpeting. I am still very happy being in PDP.” 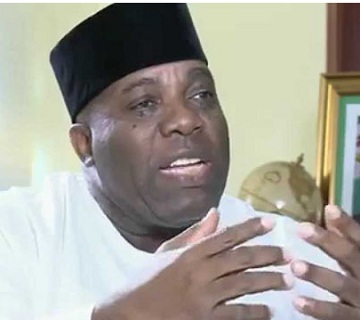 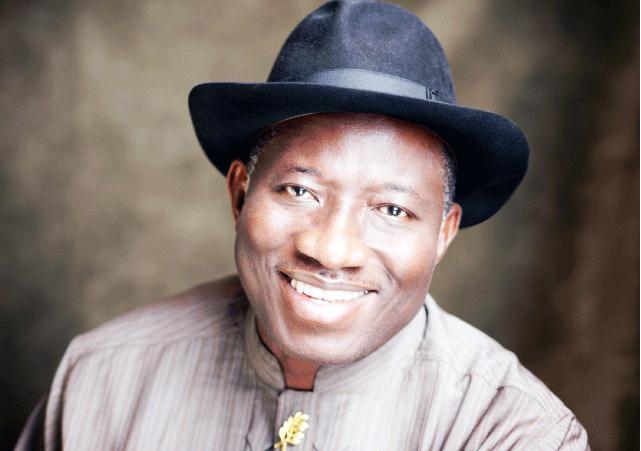 Nigeria’s anti-graft agencies have been asked to improve performance in order to gain the confidence of Nigerians.

While swearing in two Special Advisers, a commissioner of the Independent Corrupt Practices and other related Offences Commission (ICPC) and the Chairman, National Population Commission (NPC) and some of its commissioners, President Goodluck Jonathan advised them to make sure that everyone in the society would feel the impact of their activities.

He pointed out that the agencies, ordinarily, were not supposed to blow their trumpets but have been forced to do so because of the country’s peculiar environment where people are convicted publicly before receiving judicial convictions.

President Jonathan also urged the chairman of the NPC, Eze Duruiheoma, to ensure that the credibility of the establishment should not be mortgaged.

He stated that his administration relieved the former NPC Chairman, Festus Odumegwu, of his job on issues bordering on credibility.

“Ensure that population growth equates the economy so that the impact of the growth experienced in the economy is felt by the generality of the people,” President Jonathan told Duruiheoma.

The president urged the special advisers to be effective in the tasks before them, having the ability to relate with their colleagues both in the National Assembly and NEPAD and making no enemies, since they are commissioned to work for the development of the country.

Those sworn in include Eze Duruiheoma as Chairman of the National Population Commission, Bala Rugbayin, Aliyu Kwali as commissioners.

The Action Congress of Nigeria (ACN) has described as “official endorsement of corruption” the attempt by the Presidency, the Peoples Democratic Party, the Benue State government and the Economic and Financial Crimes Commission to treat as a civil matter the case relating to the non-performance of the N2.3 billion contract awarded to presidential aide, Doyin Okupe’s company, Value Trust Limited, by the Benue State Government.

In a statement issued in Abeokuta on Thursday by its National Publicity Secretary,  Lai Mohammed, the party said, “This is a case which raises serious legal and financial issues that must necessarily warrant the intervention of the EFCC in terms of investigating the allegation of financial impropriety levelled against the presidential aide if the Federal Government wants it to be taken seriously on its war against corruption.”

The party said that on several occasions in the past, the EFCC had proffered criminal charges against individuals and companies who received money for the purpose of the execution of contracts awarded to them and who failed or refused to fulfill such.

“Dr. Doyin Okupe’s case is not different from any of these. In the face of the obvious attempt by the Presidency, the Peoples Democratic Party and the Economic and Financial Crime Commission to sweep this case under the carpet, the Action Congress of Nigeria sees the need to present once again unadorned the facts of this case to the public, which are as follows:

“Value Trust a company in which Dr. Doyin Okupe serves as chairman received the sum ofN886.8 million as mobilisation from the Benue state government out of the contract sum of N2.3 billion to construct 230 kilometres of rural road and failed to execute the contract.

“This non-performance of the contract after having collected the sum of N886.8 million mobilisation fee is a clear cut situation where the the provisions of the law relating to obtaining money under false pretence should be invoked and the Economic and Financial Crimes Commission must treat this incident in the same manner as it has been treating all other similar cases of obtaining money under false pretences.

“Therefore, the stance of both the Benue State Government and the Peoples Democratic Party to treat this obvious criminal act with triviality by treating it as a mere civil commercial disagreement that could be summarily resolved between the Benue State Government and Dr. Doyin Okupe’s company cannot stand as only a court of law can determine the culpability or otherwise of Dr. Okupe and his company in the matter.

“It is obvious to even the least discerning observer that Dr. Doyin Okupe and the Benue State Government with the active collusion of the Presidency and the Economic and Financial Crimes Commission would like the world to believe that all that happened in a case where the Okupe’s company abandoned a contract after it was paid a whopping sum of N886.8million was a case of mere civil commercial dispute,” the the party said.

It further reminded the Presidency, Benue State Government, and the Economic and Financial Crimes Commission that “in all cases where public funds are disbursed to individuals through any contrivance and the purpose for which such disbursement was made is not met, the Economic and Financial Crimes Commission had treated such cases as obtaining by false pretences.”

It added, “Many bank directors today are being tried for stealing borrowed funds that may not have been utilised appropriately. The oil subsidy cases also merely involve persons who received sums as subsidies without supplying the subsidy product.

“What is good for the goose should be good for the gander, the Economic and Financial Crimes Commission must investigate the allegations against Dr. Doyin Okupe or they should stop the prosecution of all bank directors and those indicted in the oil subsidy scam.” 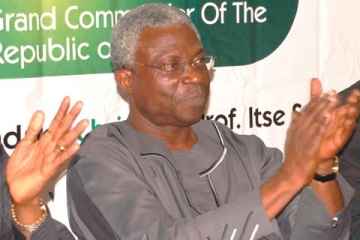 Poet, dramatist, critic, essayist, and media columnist, Niyi Osundare on Monday said that corruption is the fastest growing industry in Nigeria.
The erudite scholar disclosed this while delivering a lecture organised by the Save Nigeria Group titled: Why we no longer blush in Lagos.
“If Nigeria does not kill corruption, corruption will kill Nigeria,” Mr Osundare said.

He blamed Nigerian leaders for the problems of the country saying that “there infinitely bigger thieves among Nigeria’s public functionaries today walking freely and calling the shots because their own lid has never been blown.”

The Chairman of the event and constitutional lawyer, Itse Sagay, said that “Nigeria is in a situation where we have to find a policeman to police the police”.

Mr Sagay added it was vital for Nigerians to negotiate on whether there was any hope for the country amid the increasing challenges.