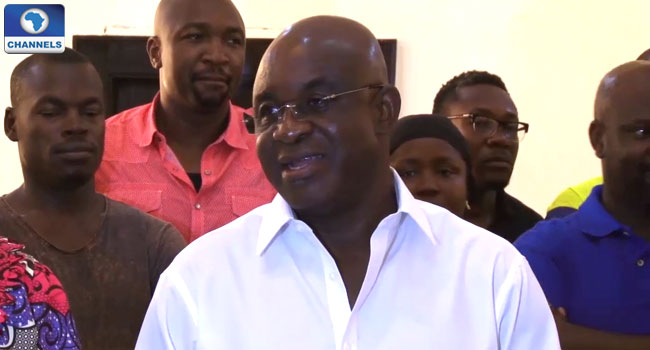 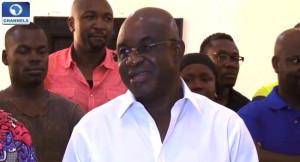 Ahead of the national convention of the Peoples Democratic Party ( PDP) the former President of the Nigerian Senate, David Mark, is cautioning party leaders and members against impunity or imposition of candidates.

The opposition party has scheduled its convention to hold on August 17 in Port Harcourt, the capital of Rivers State.

In statement, Senator Mark recalled that the defeat of the PDP in the 2015 general election was akin to self-inflicted injuries on account of imposition of candidates and the impunity of some leaders.

He said that it was of utmost importance that the leaders and members of the opposition party allowed the popular will of the people prevail at the congresses and convention.

The former Senate President is also asking members of the party to remain steadfast with the PDP, as a party of choice.

Senator Mark also frowned against cross-carpeting at will because of the current challenges.

He stressed that such inconsistencies neither enhance the sustenance of democratic culture nor the integrity or credibility of politicians who decamp.

Senator Mark’s caution is coming few days after the PDP caretaker committee set up two committees in preparation of the planned convention.

However, controversy over the party’s leadership is threatening its unity.

The National Convention Committee and the Finance Committee set up to handle the preparations for the planned convention are expected to midwife the election of national officers for the party.

An earlier convention held in Port Harcourt in May ended with the removal of the chairman of the party, Senator Sheriff and the establishment of the caretaker committee.

After his removal, however, Senator Sheriff insisted that a court order had stopped the convention from holding, an order he said led to his announcement of the convention’s postponement before he was removed by some members of the party.

On July 28, a Federal High Court sitting in Abuja affirmed Senator Sheriff as the authentic national chairman of the Peoples Democratic Party (PDP).

He, however, said that although he had the powers to nullify the ruling of the Port Harcourt division of the Federal High Court, which recognised the Makarfi-led leadership, he would not do so because there was no application to that effect before him.

Earlier on July 27, Senator Sheriff and eight others approached the Federal High Court, Abuja for an order of interlocutory injunction restraining the Independent National Electoral Commission (INEC) and the party from conducting the national convention slated for August 17.

The court is yet to give its verdict on the request and the Senator Makarfi-led Caretaker Committee is going ahead with plans for the proposed convention. 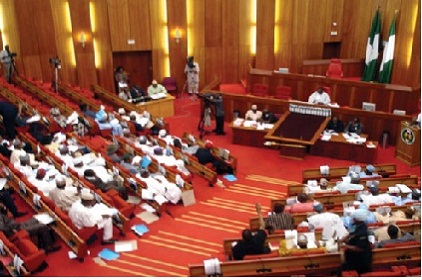 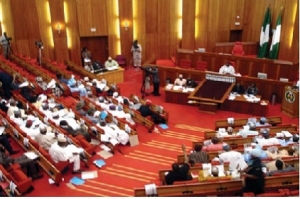 The Senate has rejected the removal of fuel subsidy as recommended in a report by its Committee on Finance in its probe of the alleged non remittance of 49.8 billion dollars oil revenue.

The Senate Committee on Finance in its report recommended that the subsidy regime be totally abolished.

Although the controversy have cooled with media attention shifting to other issues, the Senate chose to revisit the allegations made by the immediate past CBN Governor, Sanusi Lamido, that the NNPC failed to remit 49.8 billion dollars to the federation account.

The Senate had asked its Committee on Finance to investigate the former CBN Governor’s allegations and the Chairman of the Finance Committee, Senator Ahmed Markarfi, gave details of the investigation at plenary.

The Committee observed that there had been lack of proper and adequate coordination between the key Government agencies such as CBN, NNPC, Ministry of Finance and Ministry of Petroleum, FIRS and the DPR.

Lawmakers then debated the report, but the debate got off on a rocky start as the recommendation by the committee in its report that the subsidy regime be totally abolished was shot down by lawmakers.

Meanwhile, the committee has also recommended that the NNPC refund and remit 262 million dollars being expenses it could not satisfactorily defend in respect of holding strategic stock reserve, pipeline maintenance and management cost as well as capital expenditure.