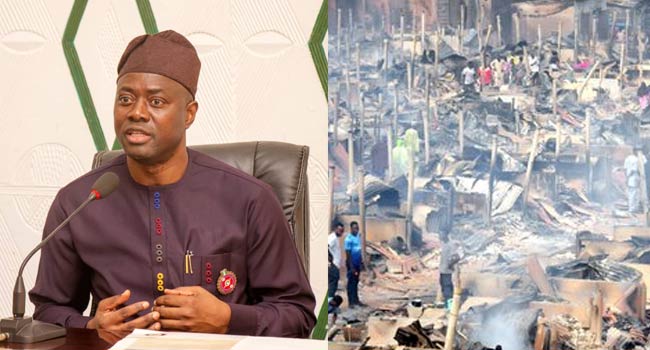 Oyo State Governor Seyi Makinde has commiserated with victims of recent fire incidents in the state with the promise to acquire modern fire-fighting equipment.

Makinde in a post on his official Twitter handle sympathised with the victims of the Akesan Market and promised to commence an investigation into the incident.

“I received with shock, the news of the fire outbreak at Oja Akesan in Oyo Town, in the early hours of this morning (Sunday morning). Words cannot convey my deep sadness at this incident and I sympathize with the victims. I appeal for calm as we investigate the circumstances around the unfortunate incident,” Makinde said.

Meanwhile, the State’s Commissioner for Infrastructure, Transportation and Public Works, Raphael Afonja during an on-the-spot assessment of the fire-ravaged market vowed that 10 modern fire-fighting equipment will be acquired by the state government to combat the incessant outbreaks.

He added that the process that would lead to the acquisition of the equipment will commence on Monday.

He lamented that Makinde inherited a Fire Service Department with weakened capacity as a result of obsolete equipment.

According to him, the incumbent Government in Oyo State had flagged off a process of rehabilitating the serviceable fire-fighting trucks so as to provide immediate service to the people.

He added that the process of rehabilitating the inherited trucks was still ongoing when the outbreak of fire incidents occurred.

Properties worth millions of naira were reported destroyed in an early Sunday morning fire outbreak in Ibadan, the Oyo State Capital.

In another incident, the popular Akesan market in Oyo town was also early Sunday morning leaving little or nothing to be salvaged. 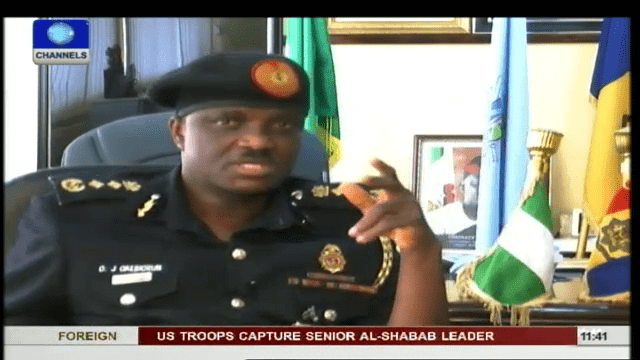 The Comptroller-General of the Federal Fire Service, Olusegun Okebiorun, has revealed that Nigeria loses about N50 billion worth of properties to fire outbreaks.

He made this known during an interview on Channels Television’s Question Time, while speaking about the activities and challenges of the agency.

Mr Okebiorun who said the management of fire emergencies is capital intensive complained of the agency’s dwindling resources.

“We have not done too badly,” he said adding that “we have pursued that responsibility vigorously within the limit of our resources.”

He also disclosed that there is a dearth in infrastructure available to the agency as “without the infrastructure you cannot be the best in terms of emergency management” which is about preventing emergencies from occurring.

The manpower that the service has is not enough to prevent incidences.

He highlighted that the service is expected to visit offices and homes at least once in a year, however, the number of agents is ‘grossly inadequate’.

Speaking about the National Search and Rescue and Epidemic Evaluation Plan, which is collaboration between the agency and other responders, such as NEMA, Mr Okebiorun said the plan is to give a guideline as to the responsibilities of all stakeholders in the event of an emergency which they all respond to.

The plan also stipulates the function of the fire service in different scenarios such as flood, fire outbreak, collapsed building or road accident.