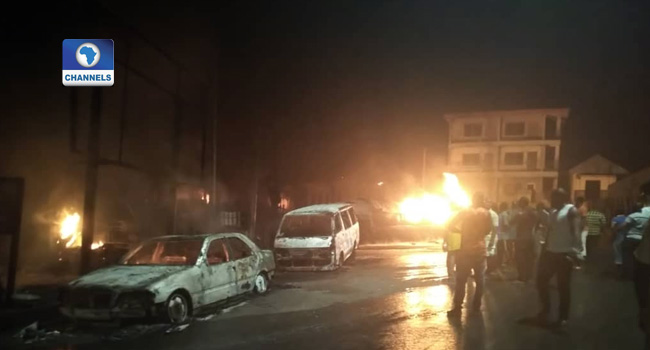 Two persons have been killed while six others were left severely injured after a fully loaded fuel tanker skidded off track and fell at Amawbia Junction, near the Governor’s lodge in Anambra State.

Witnesses say the tanker burst into flames almost immediately after it fell. 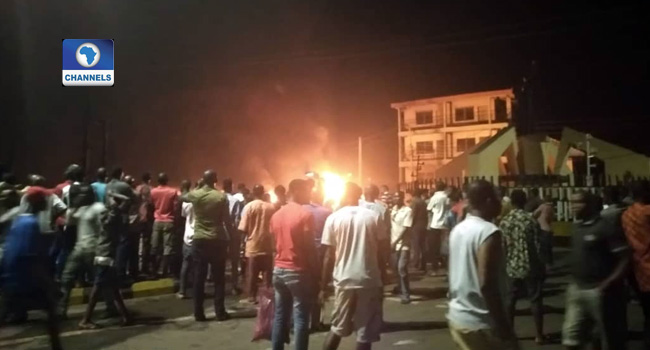 He disclosed that the driver of the ill-fated tanker hit the body of the truck against the rail of some decorative pillars at the Amawbia roundabout, while negotiating a bend. 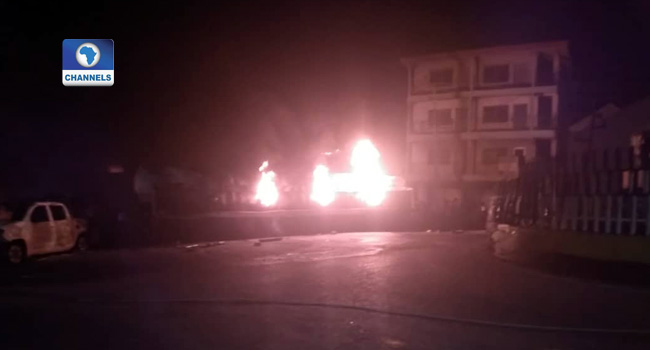 He noted that the victims have all been rushed to the state teaching hospital.

He also confirmed that several cars were completely burnt and houses near the scene were gutted by fire.

The security post of the Governor’s lodge was also affected.

Several fire fighting trucks and fire men were still battling the fire at the time of filing this report. 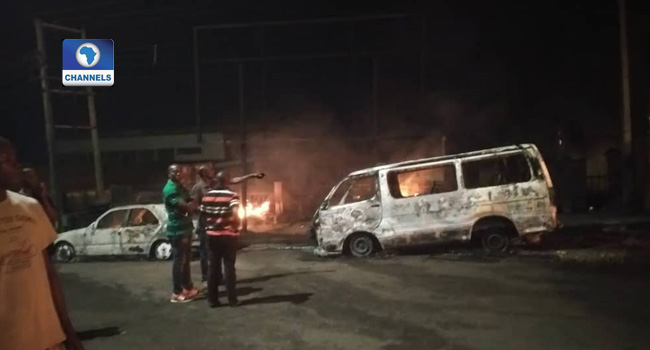