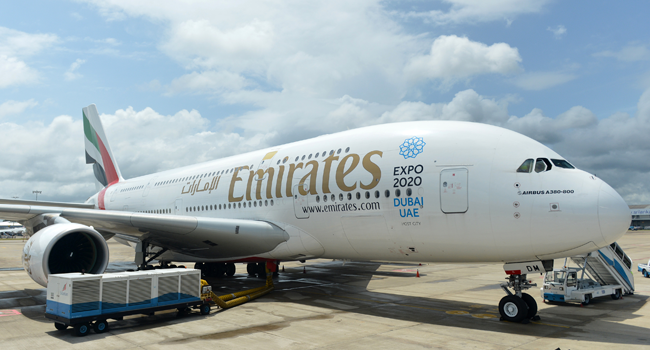 Dubai airline, Emirates has suspended passenger flights to and from Nigeria till further notice.

This was announced on Monday, June 21 and the suspension takes effect immediately.

The announcement comes 48 hours after restrictions on direct flights between Nigeria and the United Arab Emirates was lifted after a long-standing disagreement between both countries. The dispute was over the use of rapid COVID-19 tests.

A statement by the airline reads “customers traveling to and from Lagos, Abuja will not be accepted for travel. Customers who have been to or connected through Lagos, Abuja in the last 14 days are not permitted to board from any point to the UAE.”

“We regret the inconvenience caused, and affected customers should contact their booking agent or Emirates call centre for rebooking,” the airline added.

There has been no explanation for the sudden reversal which puts a question mark on the bilateral relationship between both countries.