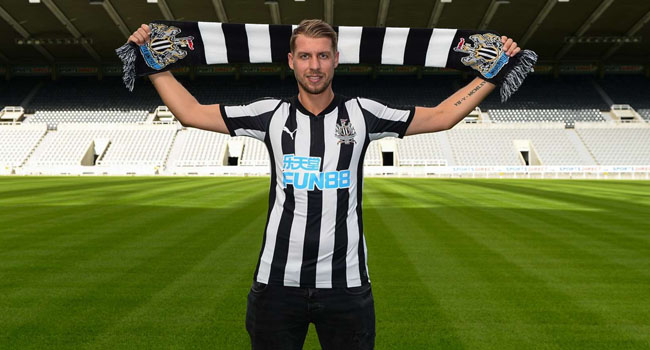 COMPETITION: Want to win @lejeune_florian‘s SIGNED 2017/18 home shirt from this photo? Simply RT and follow @NUFC for a chance to win! #NUFC pic.twitter.com/XagHUd9D9l

“When you have a manager like Rafa Benitez who wants you, you are very happy to come”