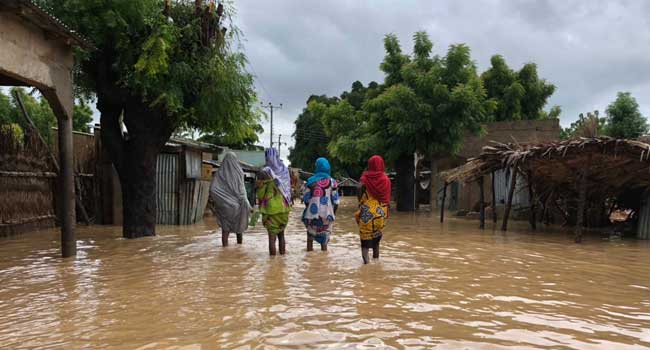 The Nigeria Hydrological Services (NIHSA) has blamed sub-nationals including state and local governments for disregarding “adequate and timely warnings” and weather advisories issued by the various Federal Government agencies such as NIHSA and the Nigerian Meteorological Agency (NiMet) to avert flood disaster in 2022.

“If our predictions were heeded by relevant sub-nationals, we will not have been where we are today but I am believing that following this year’s flood disaster across the land, the consciousness of relevant actors especially sub-nationals will be awakened to do the needful once they receive all these advisories,” NIHSA Director General, Clement Nze, said on Channels Television’s breakfast show, Sunrise, on Saturday.

He also said the Minister of Water Resources, Suleiman Adamu, earlier in the year wrote letters to state governors informing them of the impending devastating floods of 2022 but some of the governors did not heed the warning.

Nze said, “They (weather predictions) were out early enough to set the tone for what to expect in the course of the year. The Nigerian Meteorological Agency came out with February 15 to paint the picture of what to expect most likely and my own agency, Nigeria Hydrological Services, later followed suit.

“The Minister of Water Resources that gave the unveiling of the prediction, the annual flood outlook, issued warnings, issued letters to each state government in Nigeria and relevant ministries like agriculture, environment and aviation, informing them the specific locations in their states they should watch out for during the rainy season.

“The letters were authored by him (minister), signed and sent to the governors, they were informed and the necessary measures they ought to take.”

Massive flooding has been experienced in many coastal and non-coastal parts of the country in the last few weeks due to excessive floods and inflow from external places like Cameroon. Over 300 people have been killed by devastating floods across Nigeria in 2022, according to the National Emergency Management Agency (NEMA).

Hundreds of communities have been submerged in Delta, Anambra, Bayelsa, Adamawa, Taraba, Benue, Kogi, Jigawa, Kano, Sokoto, amongst others with thousands of residents displaced and hectares of farmlands washed away, a development that analysts have opined could aggravate food crisis.

NEMA also warned that the 2022 flood disaster will be worse than that of 2012 when at least 363 people were killed and over 2.1 million people were displaced by floods.

However, the NIHSA boss said the magnitude could have been reduced should the right things be done including demolition of structures obstructing drainage, proper waste management, and many others.

A NEMA Director, Onimode Abdullahi, who also spoke on the programme said the state government must take responsibility for what has happened.

According to him, town planning and waste management boards should have acted before the water overflowed the communities in their states and relocate residents from lowlands to higher grounds and safe zones.

“We need political will to drive this process at the sub-national level. It is unfortunate the flood has happened and the people have been moved out.
“It is hoped that with the lessons that will be learnt from the flood of 2022, the political will be strengthened to avert this kind of occurrence in the future,” he advised.

According to him, farmers who are seasonally unemployed have looked forward to this period for harvest but their crops, especially grains, have been washed away by floods.

“There is going to be food scarcity because availability is an issue, the food that is available, the prices will skyrocket the more. So, if there is any strategic reserve by the Federal Government, this is the time to relax some certain laws around import,” he said. 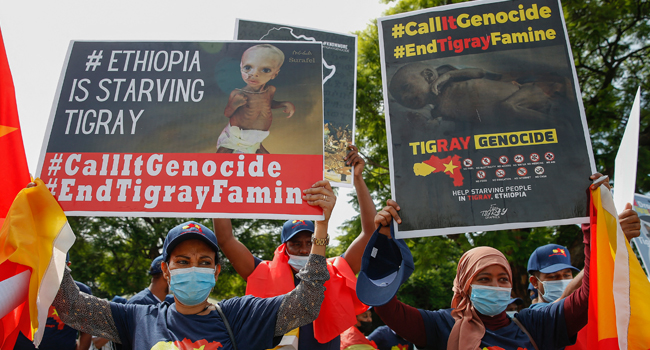 Nearly 40 per cent of people in Ethiopia’s Tigray are suffering “an extreme lack of food” in the face of an extended de-facto blockade of the war-hit region, a UN agency said Friday.

The dire assessment published by the World Food Programme (WFP) comes as humanitarian groups are forced to increasingly curtail activities because of fuel and supply shortages, with aid having to be delivered by foot.

Fresh fighting in northern Ethiopia, which has been gripped by deadly conflict for almost 15 months, is also limiting avenues for getting in aid.

The data was included in what the WFP described as the first reliable food security assessment conducted since a UN report more than six months ago, which estimated that hundreds of thousands of people in Tigray faced “famine-like conditions.”

The new assessment found 4.6 million people in Tigray — or 83 per cent of the population — were food-insecure, two million of them “severely” so.

“Families are exhausting all means to feed themselves, with three-quarters of the population using extreme coping strategies to survive,” WFP said in a statement.

“Diets are increasingly impoverished as food items become unavailable and families rely almost exclusively on cereals while limiting portion sizes and the number of meals they eat each day to make whatever food is available stretch further,” it added.

WFP also sounded the alarm about rising hunger in neighbouring Amhara and Afar regions, which have been hit hard by fighting in recent months.

“WFP is doing all it can to ensure our convoys with food and medicines make it through the frontlines,” said WFP’s East Africa director, Michael Dunford.

“But if hostilities persist, we need all the parties to the conflict to agree to a humanitarian pause and formally agreed transport corridors, so that supplies can reach the millions besieged by hunger,” Dunford said.

After initially losing control of Tigray’s cities and towns, the TPLF regrouped and retook the region in June, then launched offensives into Afar and Amhara.

In November 2021 the rebels claimed to be within roughly 200 kilometres (125 miles) of the capital Addis Ababa, prompting hasty evacuations as countries including the US and France urged their citizens to leave.

The government launched a counter-offensive, however, retaking lost territory in Amhara and Afar.

This week the TPLF said it had begun “robust” military operations in Afar, describing the move as a response to attacks by pro-government forces on its positions.

Tigray itself has for months been subject to what the UN says is a de-facto blockade.

Earlier Friday the UN’s humanitarian coordination office OCHA said all international aid groups in the region were completely out of fuel and had been reduced to delivering assistance to malnourished civilians on foot.

Local groups were also struggling to reach people in need because of fuel and cash shortages, it said.

Malnutrition continues to soar, it said, with 4.2 per cent of screened children diagnosed with severe acute malnutrition during the latest week for which data is available — “a seriously alarming level”.

Tigray’s pre-war government said this week it had recorded 369 deaths of children under five that it attributed to the blockade, up from nearly 200 in November.

The figure could not be independently verified.