The coach has vowed to continue to give his support in everyway to the striker who drained  Abramovich’s pocket £50 million less in 2011,though still struggling to find feet in his new club Di matteo promised to wait patiently with the Spaniard till he comes back to his full form that made the Blues sign him from Liverpool which he feels Torres can still achieve.

There were suggestions from some quarters that the only way the Spaniard can return  to full form will be when he signs a new contract with another club which the interim coach didnt support as he would not allow Torres leave Chelsea.

Former Arsenal goalkeeper Jens Lehmann is on the verge of a third stint with the Gunners as he will be coaching temporarily for the club.

Lehmann who is waiting for a decision from Europe’s governing body on whether he can enrol on a course with the Welsh FA is eager to earn his UEFA Pro License after an objection from the German FA.

And in lieu of his starting the year-long course his former club promised him the coaching position of the Gunners’ reserves in a way to assist Arsene Wenger.

Lehmann is embroiled in a row with the German Federation after missing the deadline for their latest course, due to talks about another playing comeback with Schalke at the age of 42.

The German Federation Sporting Director Matthias Sammer insisted that future Bundesliga coaches should football courses in their own country as he opposed his application for his coaching badge with Welsh FA after negotiations broke down between him and  Schalke.

The case has been forwarded to UEFA by Lehmann himself and he is awaiting their decision.

A late penalty given  in favour of Flamengo was converted  by Ronaldinho to notch Flamengo up to a win against Duque de Caxias in a match that would have gone either way.

In the same match,goalkeeper Felipe was wheeled off the field with an ambulance after a collision with Duque de Caxias striker Gilcimar in the 20th minute,doctors have passed him to be fine after nursing fears of a head trauma.

Goalkeeper Felipe dived to his right for a low cross into the area and his head hit Gilcimar’s knee as both players went for the ball and he has been ruled out of the team’s Copa Libertadores match against Ecuador’s Emelec on Thursday in Rio.

The first goal for Flamengo came from the boot of former CSKA striker vagner Love who has four goals in his kitty.

Ronaldinho scored Flamengo’s winner with a penalty in the 83rd after Vagner Love was held by a defender inside the area. Vagner Love, who has scored a goal in each of the last four matches, opened the scoring in the 11th, and Rodrigues equalized for Duque de Caxias in the 60th as Flamengo played a man down from the 75th after Argentine playmaker Dario Bottinelli was sent off for a hard foul. 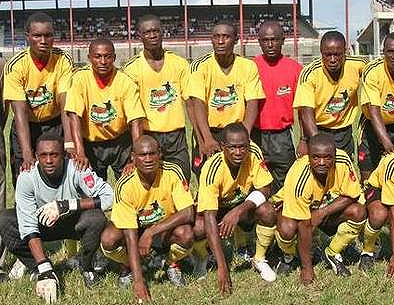 The impending departure of leading scorer Ebinum Azuka to Warri Wolves has sparked off reports of players’ exodus away from Niger Tornadoes.

The reason for the players’ departure is due to unfulfilled promises from the management of the club. 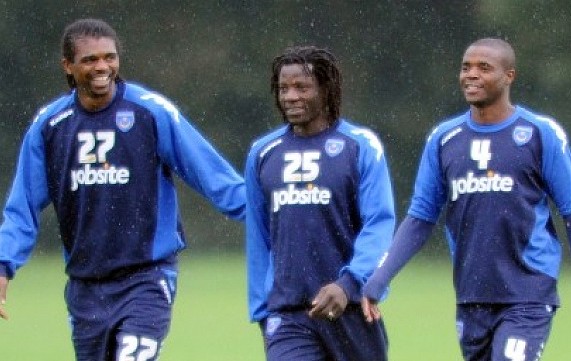 Benjani Mwariwari the former Zimbabwe captain his made his plans on his testimonial match public.

The match which will be between the National team and an African all-star team made up of both retired and active players.

The game will be played on 26 May in Harare and invites were sent to players like Nwankwo Kanu, Yakubu Ayegbeni and Michael Essien to take part in the game.

So far the Zimbabwean footballer who last played for Portsmouth, where he played as a striker till he left in 2010 has invited about 25 players but hopes to have a total of 40 African players even though he said not everyone one of them will be able to make it.

Emmanuel Adebayor, El Hadji Diouf, Christopher Samba, Aaron Mokoena and Steven Pienaar are all likely to be asked to take part as well.

After playing for Auxerre in France, Benjani spent five seasons in the English Premier League with Portsmouth, Manchester City, Sunderland and Blackburn Rovers, where he rubbed shoulders with many top African players.

Benjani, 33, began his career at Lulu Rovers, Zimba Africa Rivers, University of Zimbabwe teams in Zimbabwe’s Division one and Air Zimbabwe Jets in the country’s Premier League in 1999. He moved to South African club Jomo Cosmos in 1999 where he met his mentor Jomo Sono, after impressing in the friendly match between South Africa and Zimbabwe that was played to commemorate the inauguration of Thabo Mbeki as the president of South Africa.[citation needed]