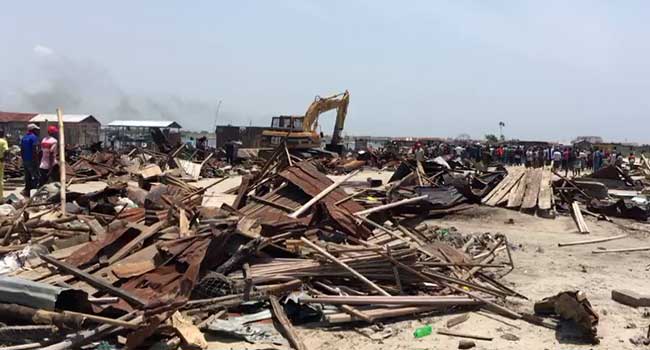 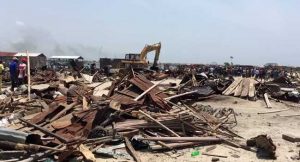 The residents of Otodo-Gbame in Lekki area of Lagos State have decried the demolition of houses and destruction of properties in their locality.

Dwellers in the fishing community on Friday alleged that the State Government commenced demolition, while ignoring a subsisting court injunction which had stopped the forceful eviction of residents.

They expressed shock at the process, claiming they were not served notice of demolition by government.

Amnesty International also condemned the eviction which it described as ‘chaotic and dangerous’ for the resident of the community.

The Organisation in a statement alleged that the inhabitants “are being forcibly evicted and their homes destroyed by bulldozers as security services used tear gas and live bullets to clear the area”. 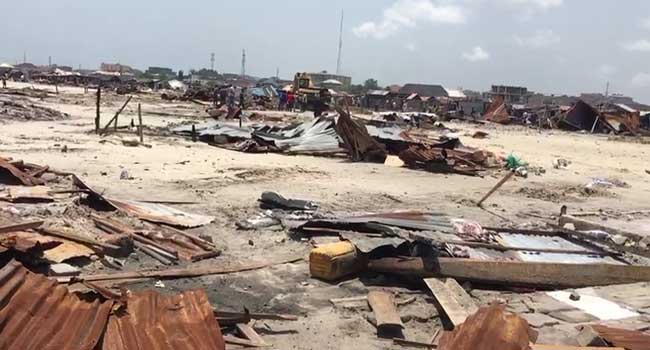 Amnesty International’s Nigeria Researcher, Morayo Adebayo, who said Military and Police personnel were out in full force, stated that there were four bulldozers ripping through the settlement.

“This brutal and illegal act flies in the face of human dignity as well as a High Court ruling that prohibited the eviction taking place and instructed the authorities to instead seek a settlement with the affected communities.

“The Lagos State Government should ensure that the families who have been rendered homeless this morning are given emergency relief including adequate shelter, water, food and any medical care they may require,” Adebayo said. 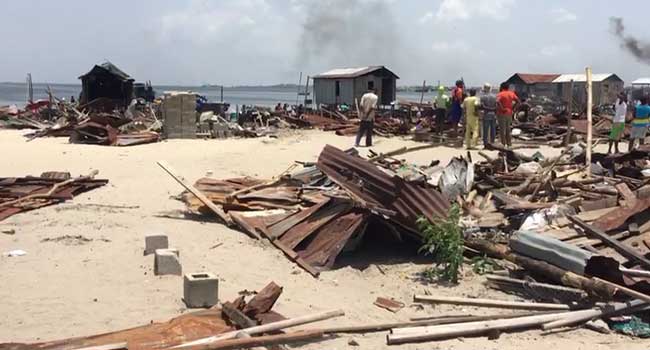 According to Amnesty International, a resident of Otodo-Gbame, Julius Oladele, who witnessed the eviction along with his wife and two children, said: “Almost all the houses in the community have been demolished, the only ones left are those on the water.

“They did not allow anyone to take their properties. They are chasing people away. My own house was destroyed this morning before I could rush back from work”.

The Human Rights body has called for an immediate end to the ongoing eviction and for the authorities to respect the court ruling which prohibits them from carrying out forced evictions in waterfront communities.

The organisation said it has been documenting forced evictions in Lagos State for over 10 years, stating that “these evictions are carried out without adequate prior consultation, adequate notice, and compensation or alternative accommodation”.