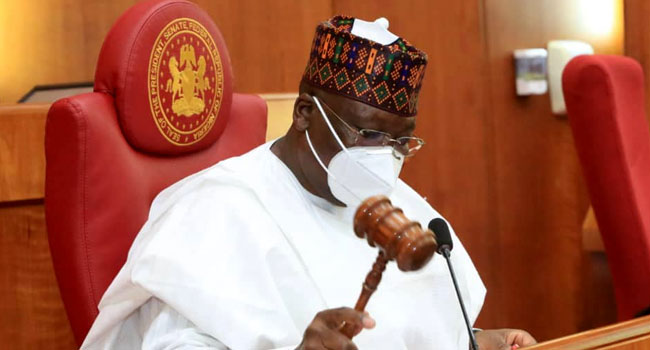 The Senate has approved the Federal Government’s request for a $6.1 billion (N2.343 trillion) loan request.

The Senate gave the approval on Wednesday after it considered a report from its Committee on Local and Foreign Debt which it earlier directed to work on the loan request.

Presenting the report on the floor during plenary, the Chairman of the committee, Senator Clifford Ordia said the request is not new as it was approved in the borrowing plan when the National Assembly passed the 2021 budget noting that it would be used to fund the budget deficit.

President Muhammadu Buhari had earlier in May asked the National Assembly to approve the loan request, saying it would be raised from multilateral and bilateral tenders as well as the international capital market.

The External Borrowing of N2,343,387,942,848, according to the panel, should be for the financing of part of the deficit authorised in the 2021 Appropriation Act.

The Committee also recommended that the Senate should approve that the amount authorised may be raised from multiple sources such as the International Capital Market and any other Multilateral or Bilateral sources as may be available. 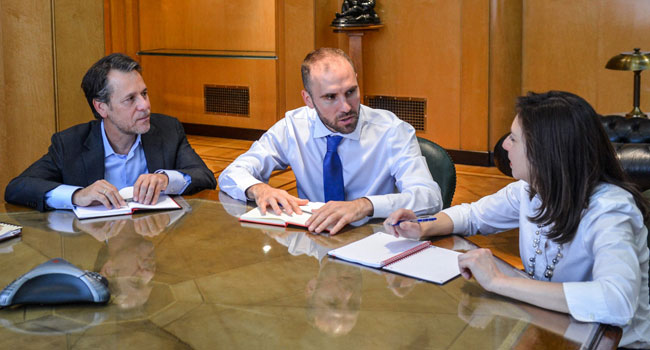 Argentina’s debt is not sustainable, the IMF concluded Wednesday at the end of a week-long visit, urging the government to generate funds from private investors to address the issue.

“The Argentine authorities are moving to address the difficult economic and social situation facing the country,” an IMF statement released after the meetings said Wednesday.

“They have implemented a set of policies to address the rise in poverty, while also taking steps to stabilize the economy.”

It added however that further efforts were needed to reduce inflation.

Argentina’s ability to service its debt deteriorated markedly compared to the IMF’s last analysis in July 2019, the fund said, when the amount owed was manageable.

Since then, the peso had depreciated by over 40 percent, international reserves declined by about $20 billion, and real GDP contracted more than previously projected.

“In light of these developments… IMF staff now assesses Argentina’s debt to be unsustainable,” the statement released after the talks said.

“A definitive debt operation — yielding a meaningful contribution from private creditors — is required to help restore debt sustainability with high probability,” it said.

It said the IMF would “continue to engage closely” with Buenos Aires amid further discussions on the government’s economic plans and policies.

As part of the process, IMF chief Kristalina Georgieva will meet with Economy Minister Martin Guzman to discuss “the next steps of IMF’s engagement with Argentina” on the sidelines of the upcoming G20 Finance Ministers meeting, it said. 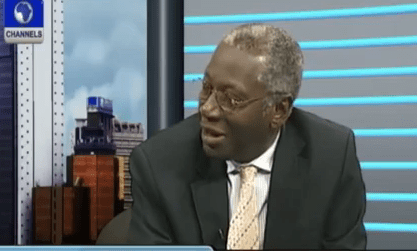 An economist, Henry Boyo, has described the reason given by the Federal Government of Nigeria for borrowing more money in order to boost infrastructural projects, as silly.

Mr. Boyo who was a guest on Channels Television programme, Business Morning, warned that the country may be deceived into more borrowing until it falls into another “debt-trap”.

He said the nation should be reminded that years ago, Nigeria was said to have under borrowed, which led to a debt-trap.

“What is the cause of our borrowing? Why are we accumulating debts so rapidly?” he asked.

He said that over the years, Nigeria has borrowed for the same reason but there have been no visible results, adding that the transportation and education systems, health services are decrepit and the “cost of living continues to spiral”.

He pointed out that the country has other revenue sources such as the Federal Inland Revenue Service (FIRS) as well as the Customs, which jointly raked in about N6 trillion in 2012.

“The total revenue streams have not been appropriately compounded,” he added.

He also talked about the Excess Crude Account which “the three arms of government divide among themselves” whilst still maintaining a deficit, which they are now borrowing to cover for.

“If somebody tells you something absolutely silly… you would question it,” he declared. 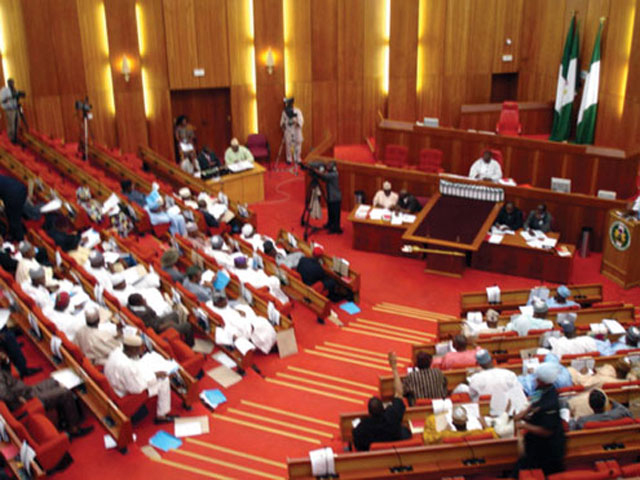 The Senate on Monday warned state governments not to embark on reckless borrowing of money which would enslave future generations of Nigerians.

The members of the Senate committee on local and foreign debts handed down the warning when state commissioners of finance appeared before the committee to defend the loans which they intend to get from international organizations.

The state governments have applied for loans totalling about $3.39billion while the federal government applied for a loan of $4.8 billion.

The Chairman Senate committee on local and foreign debts, Ehigie Uzamere said the senate will not give blanket approval to the states for the loans to prevent states from creating debt burdens for future generations.

“Most of the states of the federation were not seeking foreign loans for projects and programmes that would have direct impact on the lives of their people,” he said.

Mr Uzamere added that “it is very sad the way we are going in this country especially in terms of borrowing. Our children yet unborn may suffer from what they don’t know anything about. When we approve these loans, our committee will visit the states to see what the governors are doing with the loans.”

Another member of the committee, Gbenga Obadara, charged the states to align their borrowing plans with the needs of the masses.

“There is no reason for any state to over-borrow. The governors must think of people that will pay the debt in 10 years’ time. We, as lawmakers, find it difficult to see the states in debt trap. We have states seeking $100million. Their debt will continue to pile up.

“One percent of loan interest today will become very huge in 10 years’ time. We should shun reckless borrowing as much as possible. Our committee therefore advises state governors to cut their cloths according to their sizes.” 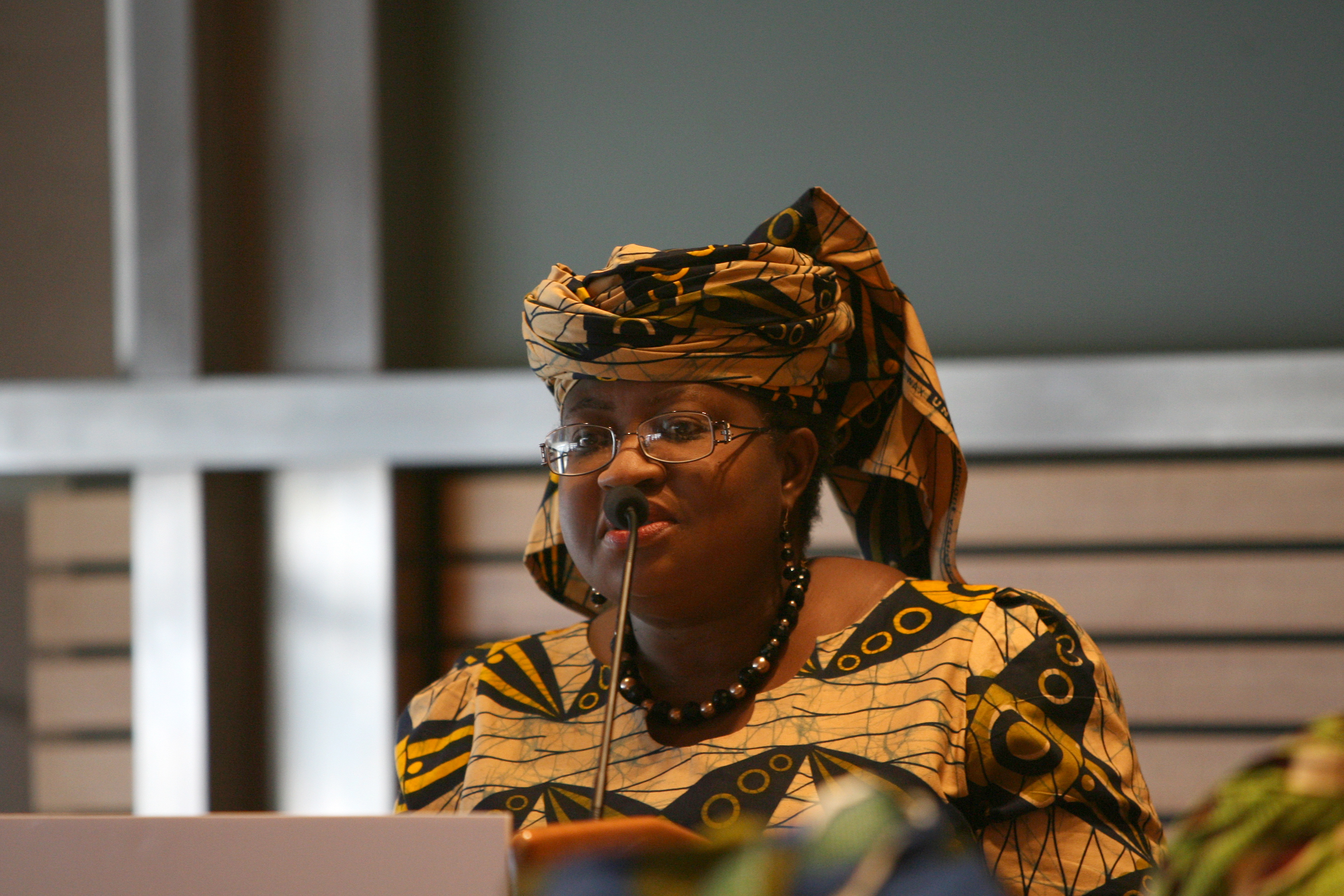 The Coordinating Minister of the Economy and Minister of Finance, Ngozi Okonjo-Iweal on Sunday said that the Federal government plans to borrow more from international financing agencies to fund infrastructure development.

The Minister, who disclosed this while speaking at the annual meeting of the World Bank and the International Monetary Fund (IMF), in Tokyo, said the money borrowed, would be used for power, water, and health care among others.

She said the Federal Government will borrow from the World Bank with permission from the National Assembly and that to tackle infrastructure challenges effectively, the country needs about $10 billion yearly.

“We are trying to put our borrowing to really direct it to infrastructure, as you know we have gone to other sources; the Word Bank is helping us with power, so is the African Development Bank. Those are very concessional resources. The problem we have right now is that the meetings from the World Bank; they are indicating that if we do not pass through external borrowing plan, where we have $1.2 billion, that has been approved,” she said.

Mrs Okonjo-Iweala said the loan will involve a 40-year repayment plan, 10 years of moratorium and would be given at zero interest rate.

The Finance Minister announced the Federal Government’s preparation to grow the Excess Crude Account (ECA) to $10 billion by early 2013.

She said: “I strongly feel and I have shared with the governors, with Mr President and vice-president who fully supports that the Excess Crude Account must be built up to $10 billion.

“We should strive to do that in the next few months and we keep that as buffer.”

The minister said that, considering the population of the country, there is every need to increase the country’s foreign reserves, which would serve as a buffer.

“Our reserves are not huge, we are just building backup; it’s not my place, it is the monetary policy that manages it, but I have discussed with the Central Bank of Nigeria (CBN) governor that we need to build up our reserve to $50 billion, if we can.

“That will be the desires of the fiscal authorities, so I don’t consider us with the size of the economy and population we have.

“Look at Algeria, their reserve is nearly $200 billion, for a country much smaller than Nigeria,” she said.