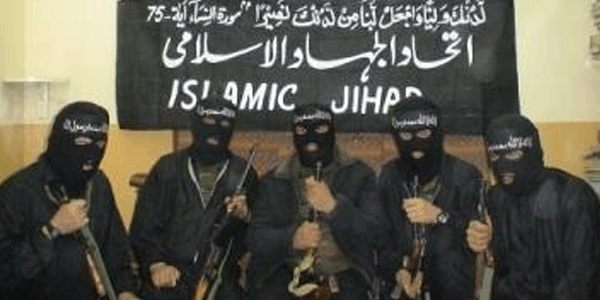 The Justice Department is pressing the State Department to designate Boko Haram, a Nigerian militant group alleged to be responsible for hundreds of deaths, as a “foreign terrorist organization,” according to a document obtained by Reuters.

A Congressional source said that in the last few days, State Department representatives have lobbied Congress to try to stop legislation which would force the administration to act against the group or explain why they had not done so.

On Thursday, Rep. Patrick Meehan, a Republican who chairs a House subcommittee on Homeland Security, introduced an amendment to a defense bill that does just that, after he said State officials inexplicably cancel led a briefing on Boko Haram.

In several recent cases, including that of the so-called underwear bomber, in which a Nigerian failed to blow up an airliner headed to Detroit on Christmas Day 2009, the United States has been handcuffed by waiting too long to designate a group as “terrorists,” Meehan said.

“Only later, after they’ve committed terrible acts have we put them on the list of foreign terrorists,” Meehan told Reuters. “To not have the capacity that it gives law enforcement to both monitor and to hold people who give material support to an organization like that, puts us at a disadvantage.”

Representative Mike Rogers, Chairman of the House Intelligence Committee, said: “Boko Haram claimed credit for the suicide bombing of the U.N. headquarters in Abuja, Nigeria, killing 23 people and injuring more than 80 others.

“That meets my definition of a terrorist group, but if the administration has a reason why they don’t want to designate them, I would like to hear it,” Rogers said.

A senior State Department official said the department was “very concerned about violence in Nigeria” and added that it was “looking at this very carefully.”

The official insisted the department was “not stalling or dragging our feet.” But he noted that adding a group to the sanctions list is a “rigorous process which has to stand up in a court of law.”

LINKED TO SERIES OF ATTACKS

Congress has recently been at odds with the Obama administration regarding demands that a Pakistan-based militant group linked to the Taliban known as the Haqqani Network also be added to the foreign terrorist organization list.

Some administration officials have hinted that they are resisting putting the Haqqani network on the list in the hope that not doing so might advance continuing, but patchy, peace negotiations between the U.S. and Taliban groups in Afghanistan.

Assistant Attorney General Monaco’s letter said that in her view, Boko Haram meets the criteria for a foreign terrorist listing, in that it either engages in terrorism which threatens the United States or has a capability or intent to do so.

According to Monaco, since 2009 the group has targeted violent attacks against Nigeria’s “police, politicians, public institutions and civilian population.”

She said the group was responsible for an attack in December 2010 in which 80 were killed in a town called Jos; a June 2011 attack on Nigeria’s national police headquarters; an August 2011 attack on a U.N. compound in Nigerian capital Abuja; and multiple attacks in November and December 2011, including Christmas Day attacks on churches and other targets.

Monaco said that according to press reports, Boko Haram claimed responsibility for 510 victims in 2011, and also took credit for a Jan. 20 attack on government buildings in Kano in which more than 160 were killed.

Monaco said that although Boko Haram attacks until now have occurred only within Nigeria, the U.S. should not underestimate the threat the group poses to U.S. interests.

She claimed the group had forged links with “transnational terrorist groups,” including al Qaeda in the Islamic Maghreb, a north African affiliate of al Qaeda’s Pakistan-based core group, and Boko Haram has “openly espoused violence against the West.”

In a March 30 letter to Secretary of State Hillary Clinton, Meehan and House Homeland Security Committee chairman Rep. Peter King suggested some of Boko Haram’s most recent tactics have paralleled those of al Qaeda in the Arabian Peninsula and the Tehrik-i-Taliban in Pakistan, both of which have been linked to attempted – though unsuccessful – attacks on the United States.

Administration officials have said that U.S. government representatives will hold high-level talks with Nigerian officials in Washington next month and the issue of Boko Haram is certain to come up.