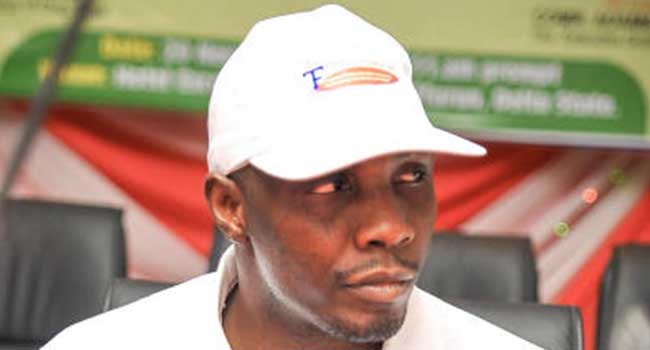 The anti-graft agency was forced to separate Tompolo from the charges it filed at the Federal High Court in Lagos after it declared that the former Niger Delta Militant was still on the run.

Tompolo was listed as the first accused person in the said charge which the EFCC filed in January before Justice Ibrahim Buba.

The former Director General of the Nigerian Maritime Administration and Safety Agency, Patrick Akpobolokemi and four other persons were also listed in the charge as co-accused persons.

However, efforts to arraign them had failed since January owing to the refusal of Tompolo to honour the court summons issued on him to appear in court.

At Tuesday’s proceedings, Tompolo was again absent in court as his lawyers, Mr Tayo Oyetibo and Ebun-Olu Adegboruwa were also absent.

The EFCC prosecutor, Mr Festus Keyamo, told the presiding judge that the charge against the accused persons had been amended with Tompolo’s name removed.

He said Tompolo would be arraigned and tried separately from the others as soon as he was apprehended by the security agencies.

With the permission of the court, the other accused persons took their plea on the 40 counts levelled against them by the Economic and Financial Crimes Commission (EFCC).

The charges bordered on conspiracy, fraudulent conversion and laundering of various sums of money belonging to NIMASA.

Justice Buba later admitted them to bail before adjourning the commencement of their trial till May 23.

Meanwhile, the judge also adjourned till April 18, for the EFCC to arraign Mr Akpobolokemi and others on another 22-count charge.

Tompolo had also been listed as the first accused person in the charge, but his name was removed following his failure to show up to answer to the charges.

The EFCC said he would also be arranged separately on the 22 counts whenever he is produced before the court.

Earlier, Justice Buba had on January 14, issued a warrant for his arrest and the said warrant was renewed on February 8.

The EFCC had also declared Tompolo wanted through a newspaper advertorial and it had also obtained a court order to seize Tompolo’s assets pending when he would submit himself for trial. 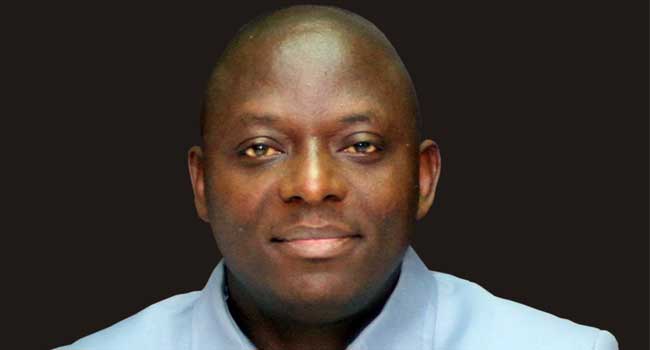 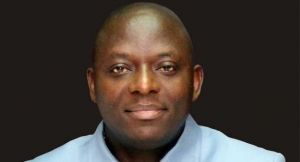 A Federal High Court sitting in Lagos has admitted more exhibits against a former Director- General of the Nigerian Maritime Administration and Safety Agency (NIMASA), Patrick Akpobolokemi and five others.

At the resumed hearing of the matter on Tuesday, prosecution counsel, Rotimi Oyedepo, presented one of the three witnesses he earlier brought before the court.

The witness, Olamide Ogunsanya, an Assistant Director in NIMASA disclosed to the court, how the sum of 795,200,000 Naira was paid into the International Shipping and Port Safety (ISPS), account and how the same amount was disbursed.

The witness told the court that approval for the disbursement of the money came from the office of Mr Akpobolokemi.

The document conveying the presidential approval through the office of the National Security Adviser (NSA), was identified by the witness and same was admitted as exhibit P22.

On the document, Mrs Ogunsanya identified the endorsement of the first accused person, Akpobolokemi.

The documents were eventually admitted as exhibits P24 and P25 respectively.

The witness also identified the third accused person, Ekene Nwakuche as the first beneficiary in the disbursement of the 795,200,000 Naira.

While explaining the procedure for receiving and disbursing money in NIMASA, Mrs Ogunsanya said that a request would be made to the presidency through the NSA’s office and when approved, the DG would ask the Executive Director to implement.

”From the executive director’s office, an internal memo was raised and directed to the Director, Financial Services Department where payment instructions would be issued.”

The witness further disclosed that on March 20, 2014, the sum of 447, 000,000 Naira was paid into the ISPS account and same was disbursed following the same procedure, with a slight change in the beneficiaries.

In this instance, new beneficiaries were included. They are: Green Lemon Limited and Seabulk.

Mr Oyedepo asked the witness about the procedure for the award of contracts in NIMASA and she said the agency had different threshold in terms of contracts award, as stipulated by the Bureau of Public Procurement (BPP).

The 318,000,000 Naira payment to Extreme Vertex Limited was sighted as example of violation of BPP’s stipulated threshold by the former leadership of NIMASA.

Mrs Ogunsanya said that though, the normal procedure for awarding contract was always followed, she never met or saw any representative from any of the companies that were alleged to have been awarded the purported contracts.

During cross examination, the witness admitted that she was one of the signatories to the ISPS account.

But when she was asked whether she was aware of the 2013/14 National Assembly’s budgetary appropriation for the sum of 447,000,000 Naira, Mrs Ogunsanya said that she had to look at the budget to be able to answer the question.

Counsel to Akpobolokemi, Joseph Nwobike, prayed the court for an adjournment in order to effectively cross examine the witness.

Justice Buba adjourned the matter to Wednesday, March 2, 2016 for continuation of trial.

Mr Akpobolokemi is standing trial, alongside five others, on a 13- count charge bordering on conspiracy, stealing and fraudulent conversion of funds, to the tune of 687, 294, 680 Naira.