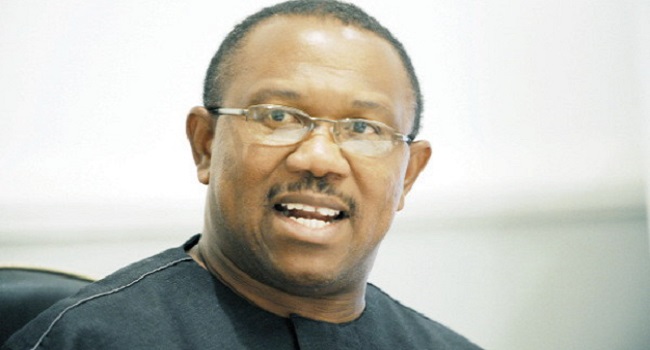 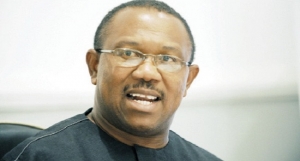 The former Governor of Anambra state, Peter Obi, has debunked rumors that the Governor of the state, Willie Obiano, wants to ban him from the state.

Addressing newsmen, Obi said that the Governor has no right to stop him from visiting Anambra or talking about the state.

Obiano’s aide, Oliver Okpala, alleged that Obi made some unwarranted statements against Obiano.

Meanwhile, some political analysts have opined that this might be connected with Peter Obi’s recent exposure of governments’ wasteful expenditure.

He had revealed in a statement that any unwarranted attack on the Governor would be met with a very tough response.

“Let it be noted that we have done our investigations, and we know that those sponsoring these unfounded attacks against the Governor include those who have tasted power before, either as governor or secretary to the state government.

“We have their records, to the minutest of details, and we will not hesitate to unleash a higher degree of attack on their persons, with verifiable proofs in our possession so that the world would know the dirty stuff they are made of.”

Obi, who described the statement as a threat, said it would be a disaster if the government of Anambra starts acting like a dictatorship in a democratic dispensation.

In his words, “such an order will amount to asking me to go on exile. I have a house in Onitsha and live there.

“I served Anambra State for eight years. As the Governor, I kept saying I would live in the state for the rest of my life to enable me share the joy and grief of the people. Why would somebody say I should not attend events in the state?

“Why would somebody request that I should stop saying what I did as the Governor of Anambra State, when people are still talking about the good deeds of the likes of Dr. Nnamdi Azikiwe and Chief M.I. Okpara?” he questioned.

He further stressed that “most of the things said are not for self-adulation, but to use my experience to demonstrate to our people that we can do certain things we thought were impossible.

Stating examples of projects he accomplished, Obi mentioned that he had returned schools to the church, while providing them with over 30,000 computers, generators and internet connectivity.

“The fact is that under our government, we cleared arrears of pension of over 35 billion Naira, paid for all the certificates generated by contractors without borrowing a kobo, and still left money, including dollars for the state,” he stressed.