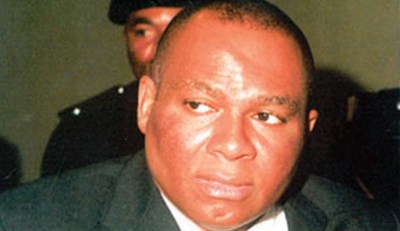 For the third time in six years the Economic and Financial Crimes Commission (EFCC) has re-arraigned the former governor of Enugu State, Chimaroke Nnamani before a Federal High Court in Lagos over money laundering charges.

The case which highlights some of the challenges faced by the anti-graft agency in the prosecution of its cases was first re-assigned to Justice Charles Archibong following the transfer of Justice Abubakar (now of the Appeal Court) out of the Lagos division of the Federal High Court.

But the case was again re-assigned to the current judge (Justice Yinusa) after Justice Archibong (now retired) was also transferred out of the Lagos division of the court.

After the charges were read to them, the accused persons pleaded not guilty, while their lawyer, Ricky Tarfa (SAN) applied that his clients should be allowed to continue to enjoy the previous bail already granted them by the former trial judge.

The request was not opposed by EFCC’s lawyer, Kelvin Uzozie, who instead asked for a trial date.

Justice Yinusa, in a short ruling, ordered that the accused persons should continue with the former bail. He then fixed the 28th of May for trial.

According to the charge, Mr. Nnamani was said to have conspired with other accused persons to launder various statutory allocations of some local government areas of Enugu State. The local governments are: Aninri, Enugu South, Agwu, Igbo Etiti and Isi Uzor

Besides, the former governor, through the help of one Chinero Nwigwe, who is now at large, fraudulently transferred millions of dollars of Enugu State funds to his personal accounts in the United States of America.

The offences were allegedly committed while Mr. Nnamani held sway as governor of the Coal City state between 1999 and 2007.

He later represented his Senatorial District at the Senate after serving as governor, but lost when he re-contested for the legislative seat in 2011.