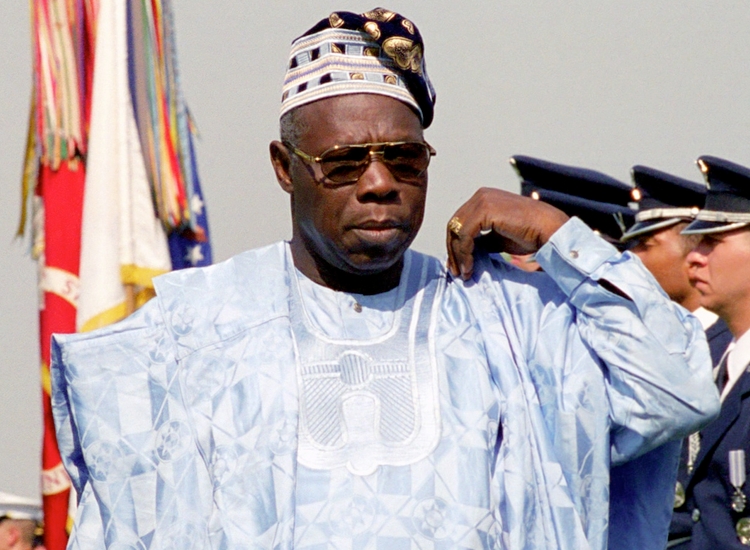 Former President Olusegun Obasanjo, not mincing words, has lampooned the nation’s legislative and judiciary arm of government, describing them as corrupt.

He claimed majority of lawmakers at the national and state assemblies as “rogues and armed robbers,” as well as the judiciary, which he stated is corrupt.

Mr Obasanjo made this outburst while speaking at the fourth annual national conference of Academy for Entrepreneurial Studies (AES), in Lagos on Tuesday. The conference had the theme, “Strong Systems: Necessity for Building a Virile Nation.”

“Integrity is necessary for systems and institutions to be strong. Today, rogues, armed robbers are in the state Houses of Assembly and the National Assembly. What sort of laws will they make” he asked?

Citing the trial and imprisonment of former Delta state governor, James Ibori in the UK, Mr Obasanjo, wondered why the nation’s legal system let him off despite myriads of allegation on financial embezzlement.

“The judiciary did not see anything wrong with a former governor but the same set of evidence was used to sentence him in the United Kingdom” he noted.

“If the Judiciary becomes corrupt, where is the hope for the nation” he questioned.

The former president however, rated the lawmakers and lawyers better than the nation’s Police Force in view of crime and corruption which he claims is plaguing the country.“The police are even worse” he expressed in a somber mood.

“Well, I will not lament; I will only say, ‘let us understand our problems and emphasise the good ones” he quipped, trying to bring in some optimism to his presentation.

He also did not spare the Nigerian populace in his vitriolic, as he accused Nigerians of lacking in diligence and integrity.

“The problem is that the diligence that was being undertaken before people are appointed or elected is no more today,” Obasanjo said.

He said the country needed strong, stable, enduring and sustainable institutions for the country to remain virile, dynamic and successful.

“I believe we will get there, but all Nigerians must play their roles,” Obasanjo said.

Not a bad country

“Nigeria is not a bad nation or where nothing works. It is not a country that anything goes; we may have got it wrong somewhere, but we are on the right track. This does not make us a failed nation or people. The need for strong systems to achieve a virile nation is a necessity,” Gowon said.

Also, former Head, Interim National Government, Chief Ernest Shonekan, said Nigeria needed a stable socio-economic environment to grow the economy, stressing that there was absolute need to improve the security in the country.

“We must improve on our governance system and the age-long values of hard work, honesty and integrity. The judicial system also matters. Justice must not only be seen but must be clearly seen to be done. Corruption must be battled and exterminated because it tarnishes the image of our country and discourages investment,” he said.

Also present at the event was the Lagos State Governor Mr. Babatunde Fashola, who made a case for the creation of state police as measures to build strong judicial system.

“The question of whether we will have state police ‘is not a matter of if, but when’. If we want our judicial system to be strong, we need a well-motivated, equipped, remunerated and efficient police system,” he said.

Noting that the Judiciary did not belong to the government but a part of it, the governor, added that there was the need for Nigerians to re-assess their values if strong systems and institutions could exist.

Other speakers at the conference were former Chief Justice of Nigeria, Justice Muhammadu Uwais, who also admitted that the problem of corruption had spread even to the judiciary and constitutional lawyer, Professor Itse Sagay, who stated that Nigeria has strong systems and institutions but the political elite were the problems of the country.