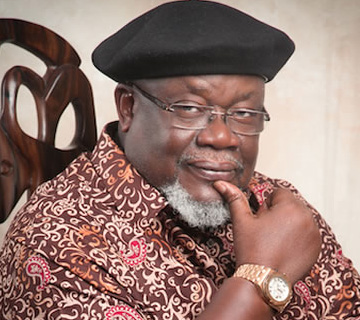 Former APC member, Tom Ikimi, at the weekend met with leaders of the People’s Democratic Party (PDP) where he expressed his readiness to join the ruling party and pull his political structure in the South-South to ensure its victory in the 2015 general elections.

PDP National Chairman, Adamu Mu’azu, who led a delegation of party leaders to meet Ikimi in Abuja on Friday evening to finalize arrangements for his formal declaration, said that the PDP was happy that Ikimi has decided to return to its fold.

Mu’azu described Ikimi as a highly organized and patriotic Nigerian who has the interest of the nation at heart, adding that such qualities made it hard for him to be in a party like the APC. He said that the PDP would immensely benefit from Ikimi’s “wealth of experience, strong political structure and massive followership across the country”.

The National Chairman praised the Edo-born politician for his courage in deciding to return to the PDP, while giving assurance that the party, under the new leadership, recognizes and rewards loyalty, commitment and experience.

In the same vein, Chairman of the PDP Board of Trustees, Tony Anenih, commended Ikimi for his decision, which he said was in the overall interest of the nation.

Responding, Ikimi, who restated that he dumped the APC due to its deep-seated anti-nationalistic and discriminatory tendencies, said that he was ready to join the PDP and use his political structures especially in the South-South to ensure that it emerged victorious in the 2015 general elections.

“I look forward to bringing value to the PDP. I believe that my contributions will again be noteworthy. By my joining PDP, we are assured of victory, not only in Edo State, but in the entire South-South geopolitical zone”, Ikimi said, noting that he was ready to serve the party in any capacity deemed appropriate by the leaders.

Stating that the visit has laid to rest, speculations and arguments regarding where he has resolved to pitch his tent, Ikimi said that he would transmit the outcome of the meeting to his constituency and he was sure that the response would be favourable.

He also said that he desires to work with Tony Anenih so as to move the party and the nation forward and bring about the much expected development to Edo State and the South-South geopolitical zone.

“I believe that our people are looking forward to this reunion because they will benefit the most from it. When I and Chief Tony Anenih work together, I do not think we can have any obstacle we cannot overcome”, he said. 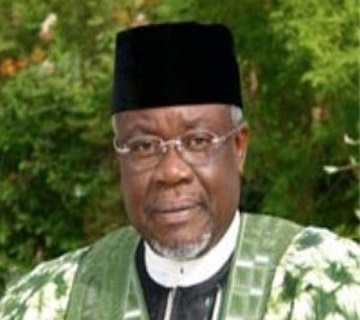 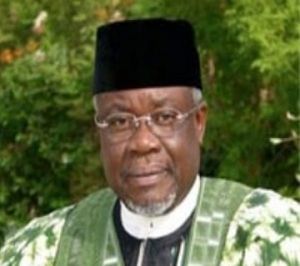 The Former National Chairmanship Aspirant of the All Progressives Congress (APC), Mr Tom Ikimi, has announced his withdrawal from the political party.

Mr Ikimi, in a statement made available to reporters on Tuesday said: “I have made the decision to withdraw my membership from the All Progressives Congress (APC) from today, 27th August 2014″.

In what he tagged, his reflections on his former party, Ikimi gave hard knocks, not only to the leadership of the APC but also the party itself.

“It is truly amazing that all who have spoken to me privately without exception agree with me that the image of the APC as is a Tinubu party has severely damaged the party, but each time I openly raise issues that challenge the consequences everyone keeps quiet.

“In the present atmosphere of envy, plots and gossip, the long-term satisfaction of a political comradeship and brotherhood anchored on shared principles and ideology, of honour, trust and confidence in pursuit of a common goal remain elusive.”

Ikimi’s participation in the party has been limited since the National Convention of the party in June which produced Mr John Oyegun as the party’s National Chairman.

Ikimi was interested in the position but was allegedly forced to withdraw from the race to pave way for the emergence of the alleged anointed candidate of the national leader of the party and former Governor of Lagos State, Asiwaju Bola Tinubu.

He alleged that “the process adopted at the APC convention for deciding on a new national chairman was a sham” in which he did not participate.

“For the record, let me state that it was I who admitted Chief Oyegun into the APP in 1999.

“He joined the ACN a year ago in Benin City after he departed from the ANPP where in the 2011 general elections he was that party’s vice presidential candidate. He certainly did not depart from the ANPP with great pleasure. Therefore moving from one party to another should not be so strange to him”, he said, of the APC National Chairman.

Calling the APC undemocratic, and lacking the capacity to wrestle power from the ruling party, Ikimi, however, failed to state exactly which political party he would be defecting to.

He opined that “the party (APC) has collapsed in very many states such as Adamawa,” and “it is in distress in Edo, Ogun, Oyo. Lagos, Nasarawa.”

“I am at the stage of currently critically re-examining the two dominant political parties in our country, which are the APC and the PDP, in both of which I have had close working knowledge.”

Most defected members of the APC of late had joined the ruling Peoples Democratic Party (PDP) but it is not yet clear if Mr Ikimi would be joining the PDP.