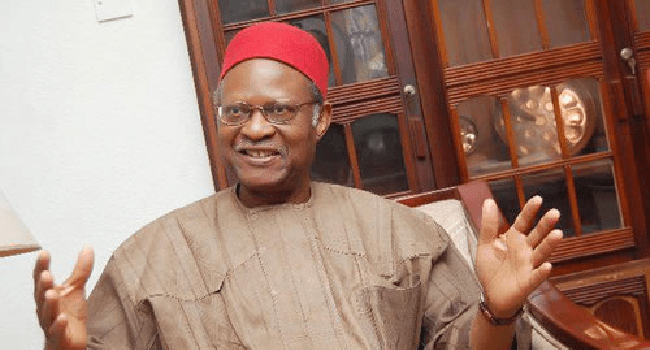 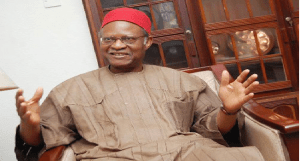 Former Secretary General of Commonwealth of Nations, Chief Emeka Anyaoku, says there is an urgent need for the Federal Government to constitute an economic team that will proffer solutions to the present economic crisis in Nigeria.

Anyaoku made this statement while addressing a gathering at a symposium in Akure, the capital of Ondo State on the theme: “Curtailing Nigeria’s centrifugal forces”.

He disagreed with some individuals and groups calling for the devaluation of the naira.

Governor Mimiko expressed fear that the centrifugal forces militating against Nigeria is getting stronger by the day and prayed they do not end up dividing the nation.

He ‎insisted that Nigeria cannot make a quantum leap into the 21st century without restructuring.