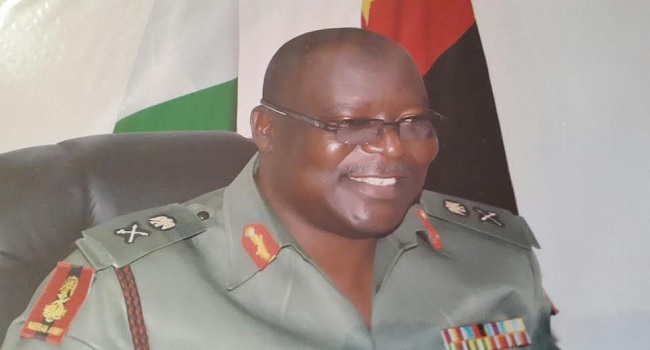 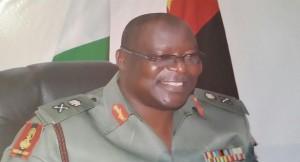 The immediate past Theatre Commander of ‘Operation Zaman Lafiya Dole’, Major General Yushua Mahmood Abubakar, has died in a ghastly motor accident along the Damaturu/Maiduguri/ highway.

The accident also involved the General Officer Commanding (GOC) 3 Division of the Nigerian Army, Brigadier General Muhammed Aliyu, and his driver, who survived the auto crash with serious injuries.

The GOC and his driver, as well as the deceased were taken to the Damaturu Specialist Hospital in Yobe State, accompanied by heavy military security before they were taken back to Maiduguri for proper medical attention.

Channels Television gathered that Mahmood was going to Damaturu from Abuja for the graduation of a special military force currently being trained in the troubled Buni Yadi area of Yobe State in northeast Nigeria.

On his arrival, according to the source, Mahmood was received at the Maiduguri International Airport by Aliyu, from where they embarked on the ill-fated journey.

The cause of the accident has not yet been established.

The Deputy Governor of Yobe State, Abubakar Aliyu, in company of the Secretary to the State Government, Baba Wali, the State Police Commissioner, Zanna Ibrahim, the Head of Service of Yobe State, Dauda Yahaya, and other sympathisers have visited the Damaturu Specialist Hospital.