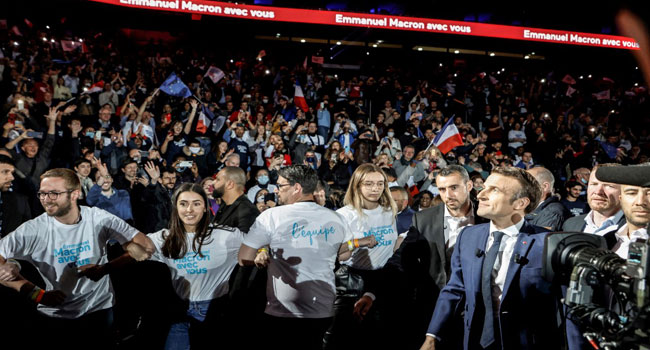 President Emmanuel Macron on Saturday holds his first rally of the French election campaign, with far-right rival Marine Le Pen eating into what once seemed his unassailable lead barely a week ahead of the ballot.

The centrist Macron threw his hat into the election ring at the last moment and has been distracted by the war in Ukraine, conducting diplomacy from the Elysee while Le Pen paces the country to discuss basic issues, including purchasing power.

With the first round of elections on April 10 — followed by a run-off on April 24 — polls have shown Le Pen comfortably in second place in the initial stage and narrowing the gap on Macron for round two.

Macron’s 1230 GMT rally before an expected crowd of 35,000 at the indoor La Defense Arena stadium — a vast venue that usually hosts top-level rugby and rock concerts — represents a pivotal chance for the president to regain momentum.

He will make his appearance more “physical” than traditional rallies, according to his campaign team, requiring an “energetic presence” on stage.

He will address his supporters for an hour or more, it said.

The latest Elabe poll published Saturday showed Le Pen garnering 47 percent of the vote in a second-round run-off against Macron, who was projected to win 53 percent.

Allowing for a margin of error in the poll could put Le Pen in the zone to snatch victory.

Philippe, who is backing Macron, added that “if she wins, believe me, things will be seriously different for the country… Her programme is dangerous.”

Le Pen, who lost to Macron in the 2017 polls run-off, has sought to moderate her image in the last half-decade in a process helped by the emergence of Eric Zemmour as a fellow candidate in the far-right.

While Zemmour risks taking votes from Le Pen in the first round, his more radical stances in immigration and Islam have helped her project a more mainstream image.

“We feel it on the ground, there is a great dynamic, a hope that is emerging as the campaign nears it end,” she said on a visit to eastern France Friday.

“What people said was the automatic re-election of Emmanuel Macron turned out to be fake news. It is perfectly possible to defeat Emmanuel Macron and radically change the politics of this country,” she added.

But the first round risks being a disaster for The Republicans — the traditional right-wing party that was the political home of ex-presidents such as Nicolas Sarkozy and Jacques Chirac.

Their candidate Valerie Pecresse is projected by most polls to be vying with Zemmour for fourth place after failing to find momentum in the campaign.

Her big chance to ignite her bid will be at a rally Sunday in southern Paris. But the Le Parisien daily reported that Sarkozy — whose support is still coveted by the right despite criminal convictions — would be staying away in a major snub to her campaign.

The Socialist candidate, Paris mayor Anne Hidalgo, is struggling to reach beyond low single figures while the Greens hopeful Yannick Jadot has failed to put the environment at the centre stage of the campaign.

The left’s main hope is the far-left candidate Jean-Luc Melenchon who most polls project coming in third place but believes he has a chance of making a run-off.

Melenchon, an explosive orator, will address an open-air meeting in Place du Capitole in centre of the southern French city of Toulouse on Sunday. 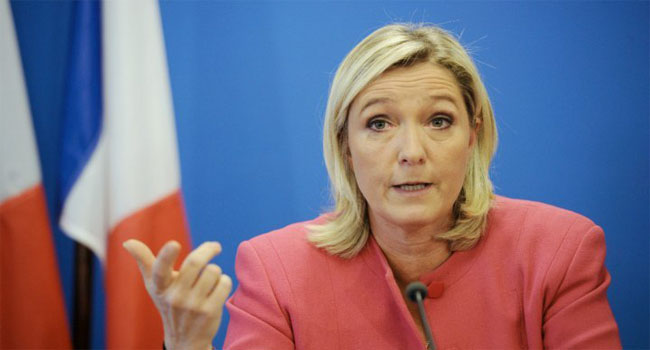