It appears more police officers and even the Federal Road Safety Corps officials (FRSC) have decided to turn deaf ears to the IG’s order on the removal of roadblocks from highways.

No fewer than 38 police and 8 FRSC officers are currently facing trial for defying acting Inspector-General’s (Mohammed Abubakar) directive on the dismantling of roadblocks across the country.

The officers were said to have been apprehended by the committee on anti-corruption which was set up by the Force Headquarters to ensure compliance with the IG’s order in different parts of the country.

The officers who are being detained in various police stations nation-wide, may be dismissed if found guilty of the charge on money extortion through roadblocks.

A breakdown of the arrests shows that four police officers were arrested on the Warri-Sapele Road; six at Anambra-Nkwule Junction, five at 9th Mile, Enugu and four at Abia State.

The Federal Road Safety Corps (FRSC) on Friday said that it has suspended the issuance of new number plates and driving licences.

This was contained in a statement signed by Corps Commander Neobong Akpabio.

In the statement, the FRSC said all the reports in the newspapers about the number plates came as a surprise to them.

“The attention of the FRSC has been drawn to conflicting news reports by some media, insinuating non-compliance with the National Assembly’s resolutions regarding the production of new driving licences and number plates,” the statement said.

“The FRSC is therefore alarmed by reports creating an impression of non-compliance. For the avoidance of doubt, the Corps wishes to reiterate that as a creation of the National Assembly and an organisation that operates on the mantra of the rule of law, it will not do anything to undermine the authority of the National Assembly.”

The Senate had on Wednesday ordered the commission to stop issuing new vehicle number plates and drivers’ licence.

The lawmakers had condemned the indiscriminate fees charged by Corps on the new number plates and drivers’ licence.

OSita Chidoka;the Corp Marshal of the Federal Road Corps (FRSC) said that the Senate has not notified the commission yet on the new making the rounds that new drivers’ license and vehicle number plates proposed by the commission has been suspended.

In press conference organised by the commission the Corp Marshal adressed journalists that the Executive arm of government will take a decisive step on the matter.

The House of Representatives is to investigate the sale and circulation of fake vehicle number plates in the country.

Following a debate on a motion presented by Representative Albert Sam-Tsokwa on the matter, the House noted that the sale and circulation of fake vehicle number plates in the country creates a major security threat to the nation.

The House also noted that an earlier resolution which urged the Federal Road Safety Commission (FRSC) to stop the implementation of the new policy was disregarded by the Commission.

This is coming a day after the Senate ordered the FRSC to stop issuing new vehicle plate numbers and driver’s license. The Senators had during the debate on Wednesday described the new vehicle number plates as illegal, noting that act that set up FRSC does not empower it to issue number plates. 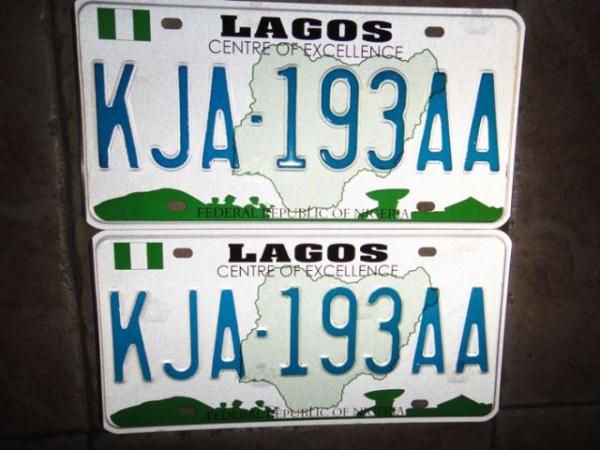 The order follows the adoption of a motion on new number and driver’s sponsored by Senator Dahiru Kuta of Niger state and 19 others.

The Senators during the consideration of the motion on Wednesday described the new vehicle number plates issued by the commission as illegal noting that act that set up FRSC does not empower it to issue number plates.

“The commission was not established principally as a revenue generating agency for states or Federal Government,” Senator Kuta said while promoting the motion.

Senator Smart Adeyemi from Kogi state said the cost of the new number plates is too exorbitant for motorists and is illegal.

He said that the “FRSC has abandoned its mandate, it was established to ensure safety on highways, but what the FRSC is trying to do now is to render other government agencies redundant.”

The Senate President, David Mark while ruling on the motion said the new number plates by FRSC was an imposition of additional burden on Nigerians.

“Let them not impose additional expenditure on the people and their primary objective was not to generate revenue,” he said.

The FRSC had set a deadline of August 2012 for Nigerian drivers to obtain the new driving license and number plates which were last year commissioned by President Goodluck Jonathan.

According to the FRSC the upgraded license and plate numbers are interlinked and will be connected to each driver, in order to help the FRSC track all road offences and monitor the driving behaviour of all vehicle owners. 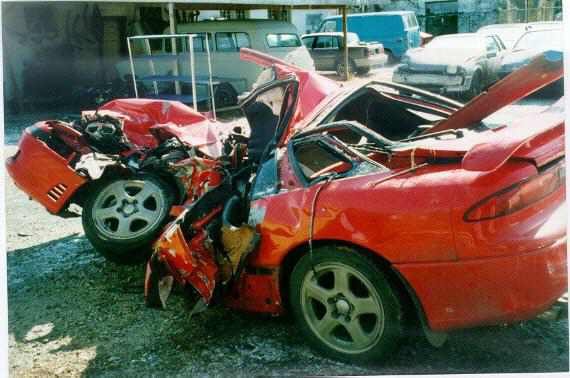 The Federal Road Safety Corps on Monday said about 27 per cent of road crashes recorded across the country between 2008 and 2011 occurred during Valentine’s Day celebrations in the month of February.

The Corps Education Officer, Nsebong Akpabio said in statement that there was an increase in crashes during Valentine’s day by 27 per cent “even as the Corps is projecting a corresponding increase of 1,300 injured persons from this year’s Valentine celebration-related road crashes, in comparison with 1,024 and 661 injured persons recorded in 2010 and 2011 respectively while total cases of road crashes are projected to trend up to 500 this year in view of last year’s figure of 316 reported cases.”

The Corps then appeal to fun seekers to ensure strict compliance with traffic rules and regulations in order to avoid road crashes.