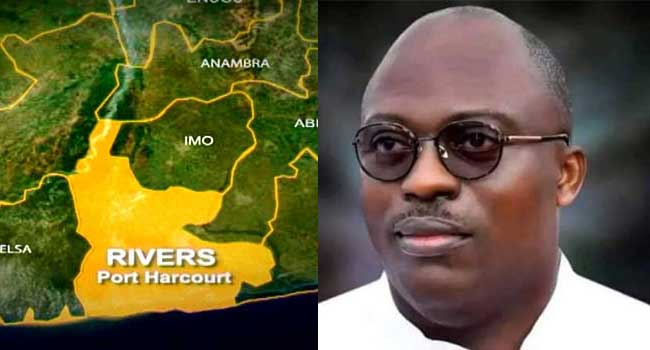 On May 25, Fubara, the immediate past Rivers State Accountant General, Fubara Siminialayi emerged as the governorship candidate of the Peoples Democratic Party (PDP), for the 2023 general elections.

Dissatisfied with the process, Tom-West dragged the PDP candidate, Siminialayi Fubara, and the party to court.

While asking the court to order the Independent National Electoral Commission (INEC) not to recognise Fubara as the governorship candidate of the PDP in the state, Tom-West also wants the PDP to be restrained from presenting and submitting Fubara’s name as its candidate to the electoral body.

Tom-West, through his lawyer, Ibrahim Idaye, filed the suit at a Federal High Court in Port Harcourt to demand that he be declared the validly elected governorship candidate of the PDP in the primary.

The defendants in the matter are the Fubara, PDP, INEC, the PDP National Chairman, Senator Iyorchia Ayu and the Chairman of the Committee that conducted the governorship primary in Rivers State, Walter Mboto.

His arguments are that Fubara who was declared winner of the primary was not qualified to contest the election and that the party’s guidelines were not followed in the conduct of the primary.

At the proceeding on Friday, Lawyer to Applicant, Ibrahim Idaye informed the court that he has not been able to serve the 1st and 5th defendant, being the Governorship Candidate and the Chairman of the Committee that conducted the primary, the originating processes.

He prayed the court to allow him serve them through substituted means.

His prayer was granted by the presiding judge, Justice Adamu Mohammed, who adjourned the case to July 7.